Ever since Mai told me about Kam Han Szechuan House, I’ve been craving spicy crab hot pot. So for my sixth wedding anniversary, I told L and One Chubby Hamster that we were going out for Chinese style crab. For this post, let’s listen to “A Teenager in Love” by Dion and The Belmonts. 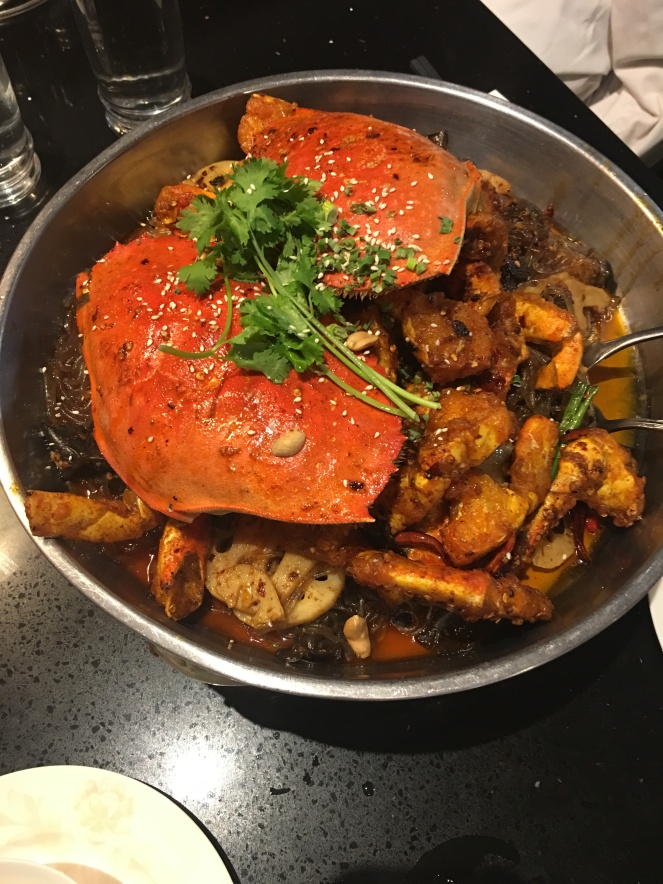 The pot arrived with burners underneath, which kept our food boiling hot during the entire meal. We received plastic gloves, one crab cracker, and a bucket to throw our shells in.

The crab is battered, deep-fried and tossed in sauce. The best bite is the first one because that’s where most meat is with the least amount of work. You get a mouthful of deep-fried crab, coated in hot chili oil. The meat inside the shell is scantier.

One Chubby Hamster said the noodles were a good consistency – stretchy and soft. I love the squishy texture of the wood ear mushrooms, and how it crunched with the yam noodles. L enjoyed the delightfully crisp texture and mild flavour of the lotus root.

The vegetables and noodles took on the full flavour of the chili oil. The chili oil was fragrant and stung of fiery Sichuan peppercorns. I’d describe the sauce as violently spicy but insanely delicious with notes of garlic, shallots, peanuts and chilies.

The portion of crab with all the fixings is enough for four adults. While there isn’t much meat inside the crab legs or claws, it’s to be expected at this price.

One Chubby Hamster and L squirmed in their seat, occasionally tilting their head back in pain from the heat. I have a high tolerance for spice and even I was feeling it. My face felt hot and my mouth tingled from the oil. 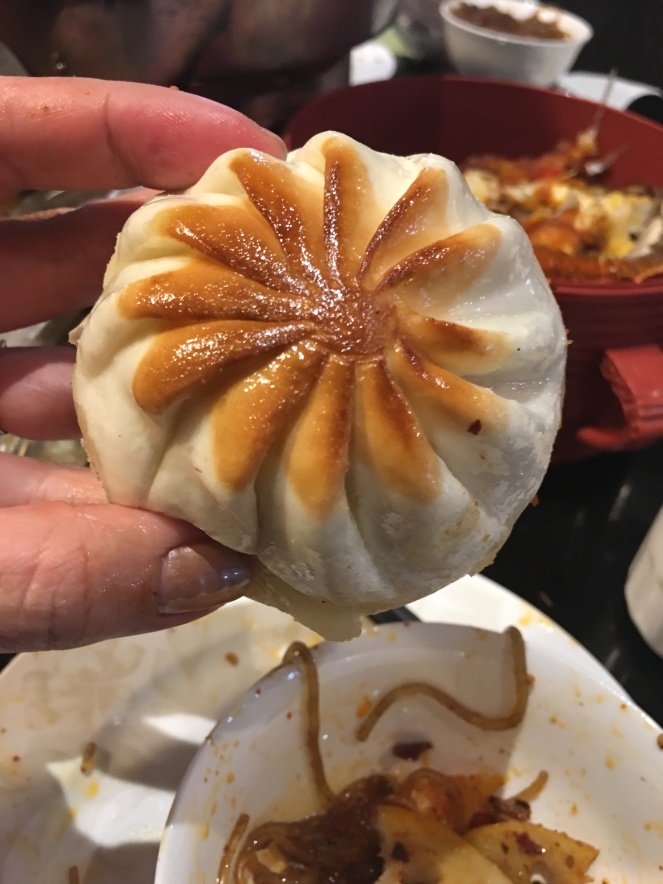 I wouldn’t order the pan-fried pork buns again. The buns were crunchy on the outside and greasy. The bun itself was sweet and the pork mixture was bland and somewhat sparse compared to the proportion of the bun. 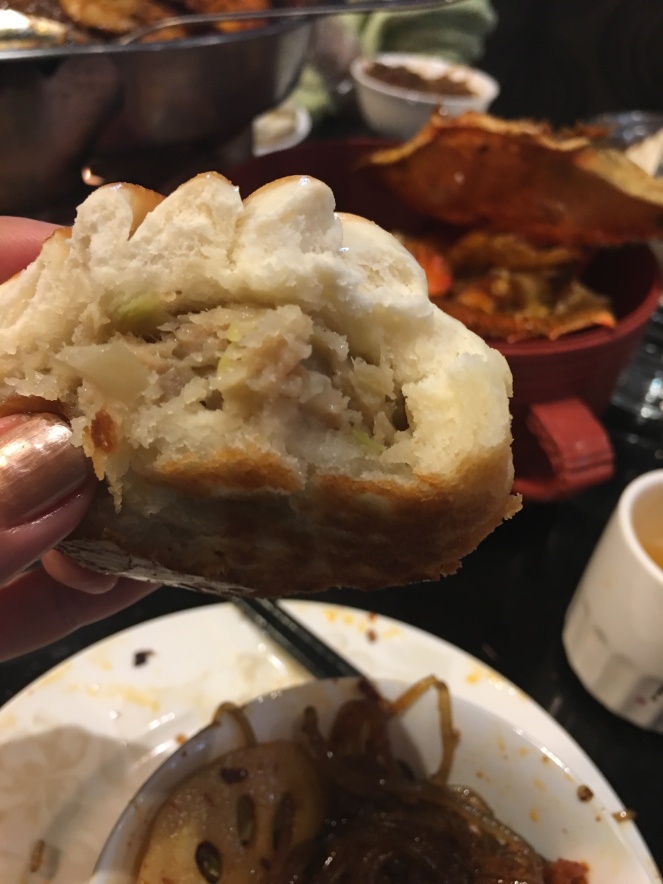 Dining at Kam Han is a messy affair. The oil seeped through our plastic gloves. L said this restaurant would not be a good first date place. I agree, and that’s why I picked this restaurant for our sixth year anniversary. 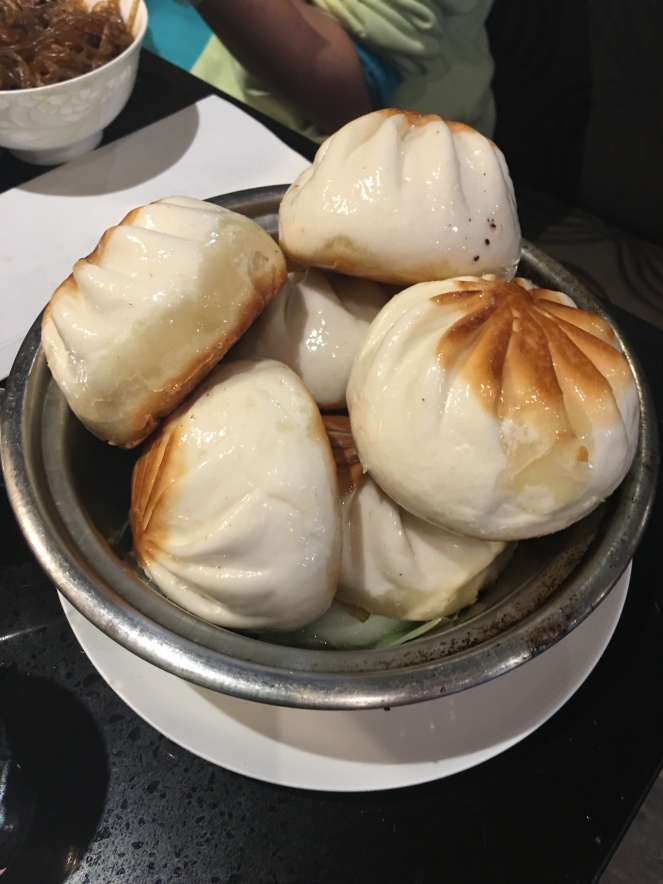 Thanks L for dinner and One Chubby Hamster for your delightful company. I’d return, but I would order mild spice instead and the dumplings instead of the pan-fried pork buns. Hitting the Sauce gives Kam Han one fat thumb up.