Lately, I’ve been less interested in checking out restaurants and more into visiting the latest brewery. Last week I dropped by Annex Ale Project. The room is a bright, cool looking space. I liked the white wood panel walls and the long communal tables. The brewery looked new. I could smell fresh paint in the washroom. For this post, let’s listen to Father John Misty – I Love You, Honey Bear, a song that was playing on Annex’s soundtrack.

L and I tried two flights of beer ($10 per flight), Salty Cheese ($4) and Potato Chips with BBQ aioli ($4). Damn, when Annex tells you their cheese is salty, they aren’t kidding around. My neighour Quebecoise said salty cheese is popular in Quebec and it’s especially delicious when you’re hungover. The strands were long, speckled with black bits. I thought the portion was generous for four bucks. 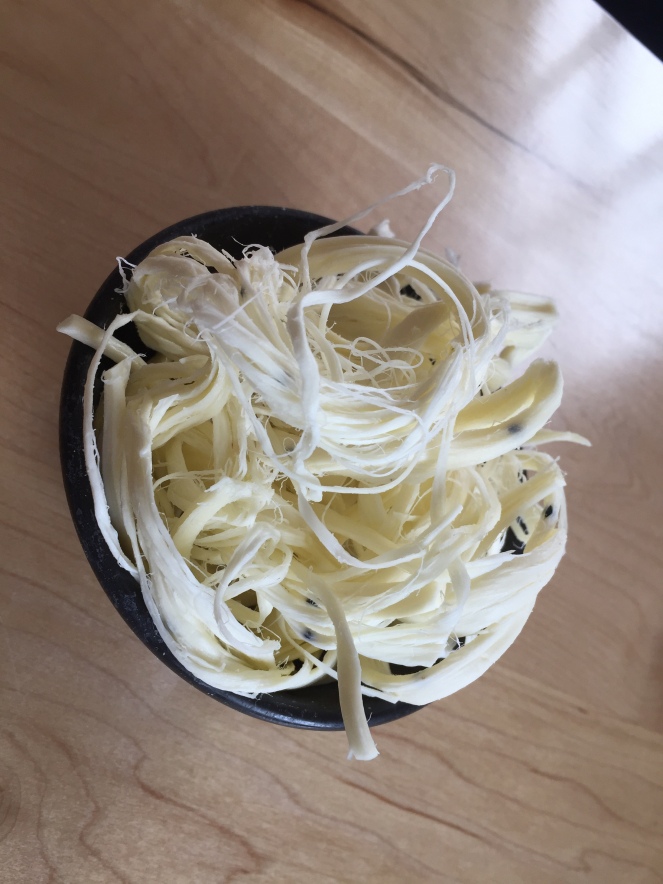 I preferred the potato chips. The chips were thick, crunchy and lightly salted. The BBQ aioli reminded me a bit of McDonald’s BBQ sauce, but in a good way. I would order the chips again.

L and I thought Metes & Bounds (XPA 6%) was a smooth, easy drinking beer. I didn’t find Bitter Division (5.2%) that bitter, there was a touch of sweetness that I enjoyed. Forward Progress (Small Brewer’s Gold Medal Alberta) was unusual, with lots of flavour. L thought it was bright, crisp and citrusy. New Material (New England IPA, 7.6%) was yummy. Sweet, creamy with what I thought tasted like orange-like notes.

I found Perfect Fraction (Sacch Trois Pale Ale, 4.9%) floral and bitter. The Milk Porter (7%) was a delicious treat to drink. To me it tasted like a cold, bubbly mocha coffee. Where It’s At! (Collaboration with Philips and National) was a light tropical beer. L enjoyed the fruity notes in Cranberry New England (Session Ale, 4.9%). I found this beer bitter. I enjoyed Unifying Concept (McGuire chocolate collaboration) which reminded me of a Starbucks dark roast drip coffee. 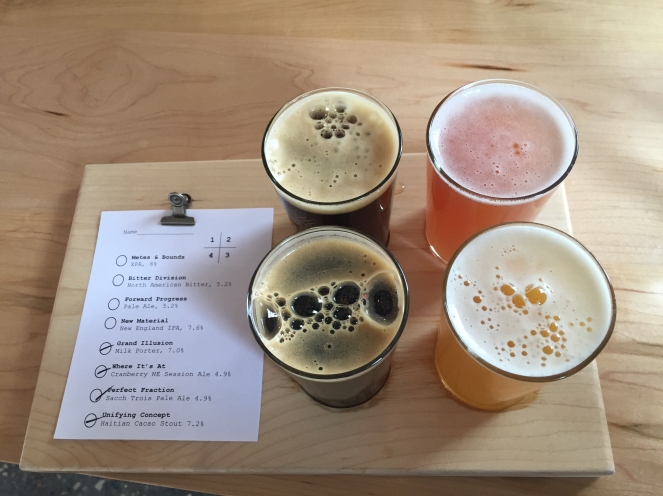 I would rank Annex Ales up there with my favourite breweries – Banded Peak and Dandy Brewery. I enjoyed all the beers even though many were outside my comfort zone. I dig Annex’s soundtrack but found it annoying that the music would periodically shut off and then there would be that awkward silence in between songs. Hitting the Sauce gives the beers at Annex Ale Project two fat thumbs up.