I started eating at Ho Won since I was hired for my current position, back in November, 2013. I’m a fan of the salt and pepper squid, pork dumplings, ginger beef and pea tips. For this post, let’s listen to Gossip Folks by Missy Elliott.

Office Dad came back from the long weekend and told me Ho Won was shutting down. I was sad to hear this unfortunate news and immediately went to Reddit to voice my despair. 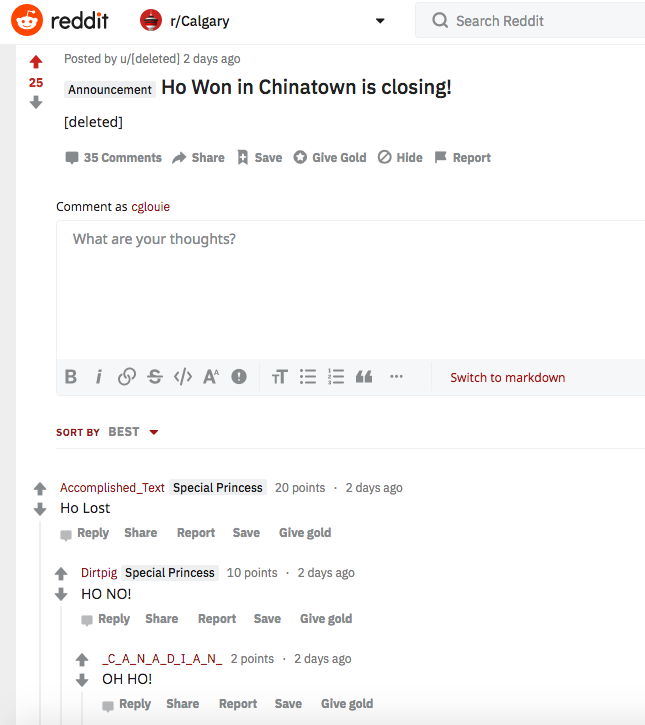 Reddit is a powerful medium to spread information or in my case, misinformation. As you can see, the “news” spread fast. 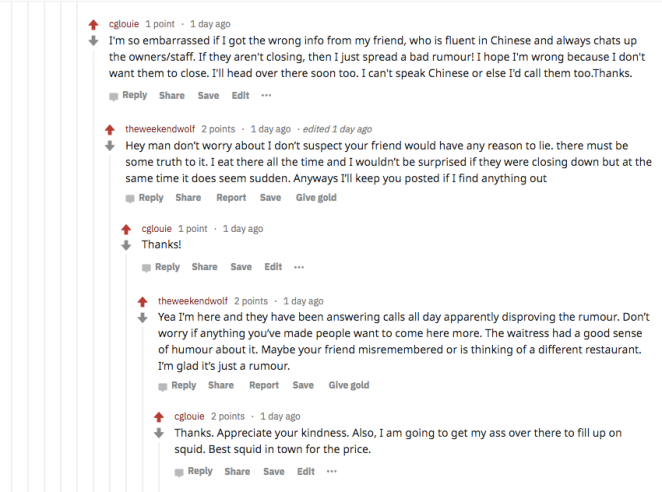 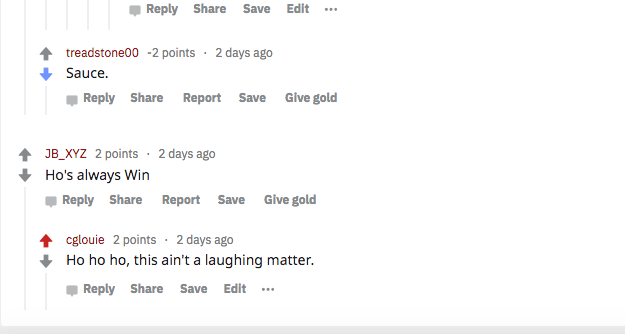 When I read that staff confirmed that the restaurant was not closing, I called Office Dad in a panic. Of course he didn’t pick up or text me back. The next day he came over to my pod, scratched his head and asked me why I posted the info on Reddit. I responded that Ho Won is an institution and customers would miss it and want to go back before it closed. I asked him to stop redirecting the conversation and to answer me. He exercised his right to remain silent.

I rounded up the troop: Asian Persuasion, Lil Strawberry, Lam Jam, Legal and Aye Caramba. Office Dad couldn’t go. He acted all mysterious but I found out later it was because he wanted to leave early. Deeclan bailed after promising she would go. She said she forgot she had a coffee date with a friend.

The fish soup was served nice and hot. The bowl was filled with fish maw, egg whites, and little pieces of crab. Everyone at the table except for me added soy sauce.  This was a real Joy Luck Club moment. You know, the scene when the Rich puts soy sauce all over the Waverly mother’s famous steamed fish dish. Jesus Rich. You’ve got terrible manners. I thought the fish maw soup was great on its own, with just a little white pepper to accent the delicate flavours.

The squid at Ho Won is legendary. This time around, I noticed the batter wasn’t as light and crispy. I could also taste a little uncooked batter. I’ve eaten squid here at least 15 times, and this was a first. Maybe the chef knew I was the person on Reddit that started the rumour. I’m paranoid. 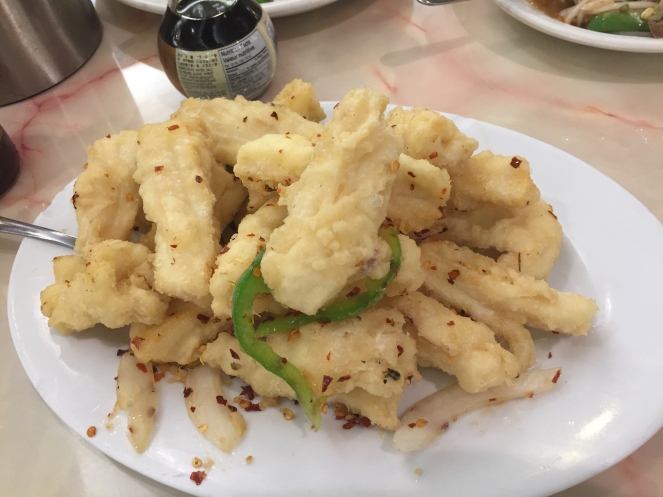 Asian Persuasian enjoyed the fried rice. I thought the rice was a tad overcooked, but  it was tasty. There was lots of chopped and whole shrimp, peas and egg whites. We wanted hot sauce to liven up the dish, but we couldn’t get the attention of our server. We gave up after ten minutes. If you haven’t already noticed, the portions are huge. 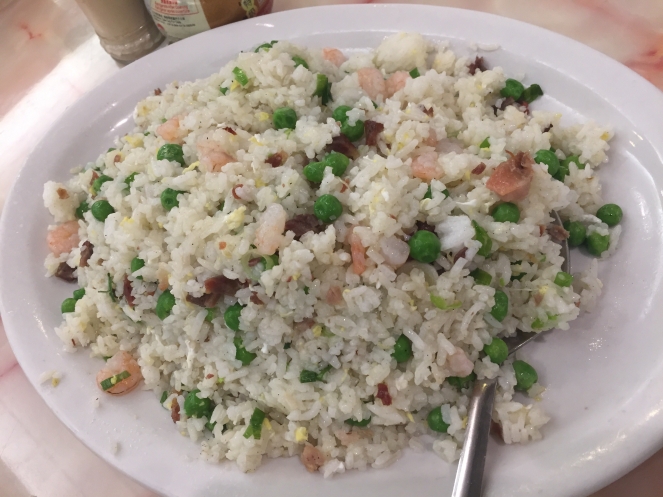 The table’s favourite dish was the ginger beef. The platter was piled high with tender, generously sized pieces of beef. Aye Caramba and Legal mentioned that they could actually taste the ginger in it. Too often, ginger beef tastes like candied meat. The batter was light and retained it’s crunch up to the very end. The sweetness of the sauce reminded me of honey.

The chicken chow mein was also a big portion of food. There was ample sauce to soften the noodles and a generous amount of chicken, sprouts and mushrooms. I would pass on the noodles in the future.

For five dishes and a 20% tip, we paid $12.00 per person. I’m glad Ho Won is still around and the information I received was just gossip. Looking forward to organizing the next food adventure with my office mates.