For our first night in Vancouver, L and I went our separate ways. He went on a bicycle and brewery tour with Moody and Cuz, while I took Beep Beep and N out for dinner. I’ve asked L before to set up N with his single friends, but he said she’ll eat them alive. When I told N, she agreed with L. Unlike me, she doesn’t like nice guys. In honour of N, let’s listen to “Bad Guy“ by Billie Eilish.

N recommended we dine at Lupo Restaurant & Vinoteca, an Italian restaurant in Yaletown. Beep Beep and N suggested that I pick all the dishes and wine. I chose a bottle of Burrowing Owl ($96, Cabernet Sauvignon 2016). I found the wine full-bodied, intense but still fresh enough to sip on a warm summer night.

We shared the Bufala Mozzarella ($20), Parmigiana Custard ($20), Ricotta Gnocchi ($28), Taglierini ($28), and an order of Focaccia Bread ($7.00). A server accidentally brought over a plate of Octopus Mosaic ($20). When he realized his mistake, he told us to enjoy the octopus appetizer on the house.

We all thought the burrata was excellent. The cheese was creamy and smooth. The tomatoes were ripe and sweet. The organic greens were crisp and the basil noticeably fragrant. This dish rivaled the caprese salad at Cotto Italian in Calgary. 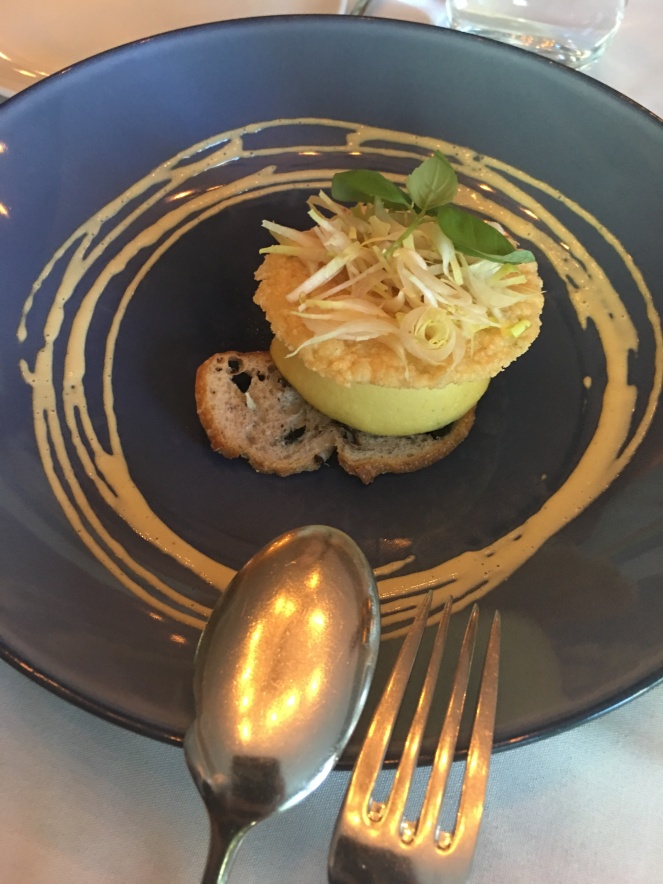 I wasn’t as crazy about the Parmigiana Custard. The texture was smooth and rich, and I enjoyed the cheesy custard-like texture, but it didn’t stand out like the other dishes.

We all loved the focaccia bread – it was ultra light with a crusty, airy exterior. The toppings of cheese, olive oil, cooked tomatoes and mushrooms made it almost pizza-like. The texture and flavour of Lupo’s bread is far superior to my homemade focaccia. I would order this again. 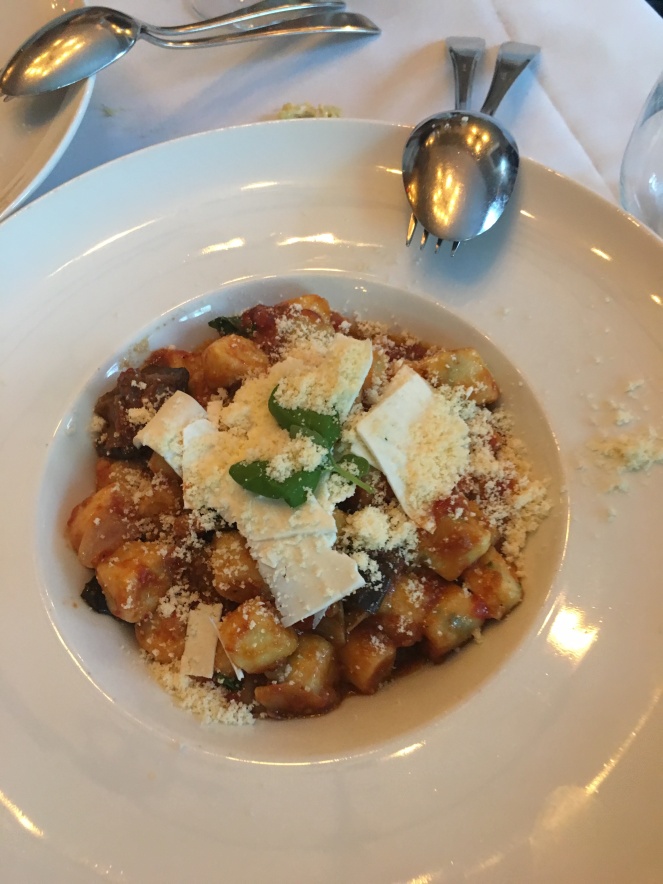 If you are into tomatoes, you must order the ricotta gnocchi. The gnocchi was soft, warm and gooey. Beep Beep said she could taste the fresh tomatoes in the sauce. I liked the addition of the eggplant. This was Beep Beep’s favourite dish. N was tipsy at this point and didn’t comment on the food, except to say it was good.

My favourite dish was the linguini with wild mushrooms. I enjoyed the sensation of crunching into the delicate earthy mushrooms. I found the chili and garlic oil downright decadent. I would order this again.

N informed me that Lupo is one of her go-to restaurants because of the excellent food, professional service, and the fact it’s a hidden gem in Vancouver. I enjoyed the food and company immensely. Hitting the Sauce gives Lupo two fat thumbs up.