I told Beep Beep that for her birthday dinner, she could choose any Michelin star restaurant she fancied. Based on my friend Soup’s recommendation, I suggested Daniel. Beep Beep said she prefers value and wanted to dine at Ivan Orkin’s restaurant instead. We watched his episode on Chef’s Table twice before.  For this post, let’s listen to something from Orkin’s music to slurp ramen to.

As we walked along Clinton St., Beep Beep observed the neighbourhood has a real fuck you attitude. I was about to ask her to elaborate when we overheard a guy say to his friend, “And then I was like – fuck you – you can’t do that.” One block later, I saw another indicator that residents don’t beat around the bush. 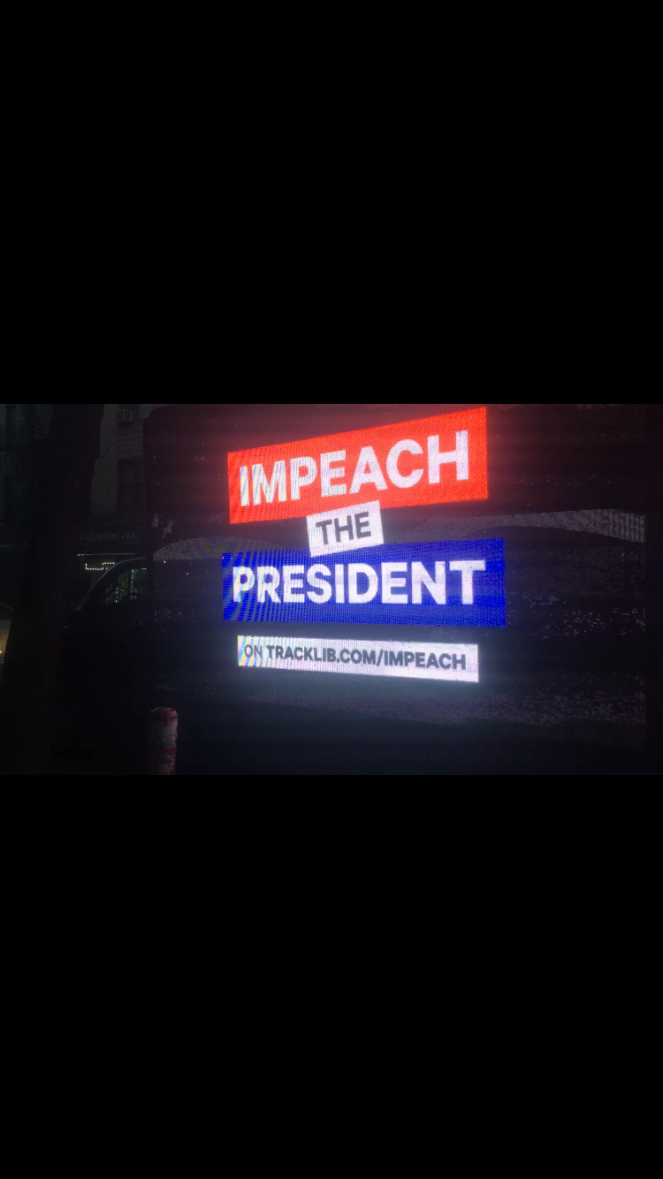 The restaurant itself was low key, packed with customers clearly happy to eat there. The decor is minimal and clean, with comic book like illustrations on the wall. Service was industrious, polite and attentive. I asked our server what beverage he would recommend with our meal. He said that nothing goes better with ramen than a cold beer. For something easy sipping and light, he suggested  Jack’s Abby Post Shift Pilsner ($8).

Beep Beep and I started off with an order of the Curry Flower ($11). The cauliflower was still crisp, tossed in a light, buttery curry sauce. The bite size pieces were topped with bonito flakes, green onions, and crunchy pickled ginger.

I finished my beer and wanted to try a sake.  I asked for something that was dry, smooth and fragrant. Our server recommended Miyuzakura Panda Cup (Junmai, $14). Bonus, it’s like getting two drinks for the price of one! Look at the size of the tumbler.

Beep Beep ordered Chicken Paitan with an egg ($22). I ordered the Triple Pork Triple Garlic Mazemen, plus an egg ($18). I wanted to try the mazemen because my brother Narc is a huge fan of Strictly Dumpling, who recommended the brothless ramen. Maybe Strictly Dumpling should stick to critiquing dumplings, because I much preferred Beep Beep’s paitan over the mazemen.

Paitan means white and creamy soup. The generous portion of noodles were chewy and had a great mouth feel to it. The chicken broth was rich tasting but light on the tongue. The flavours were soft and unique but still familiar. The broth reminded me of Thanksgiving, but with more intense, lingering flavours. I’d order this the next time I visit.

I told Beep Beep to pull the noodles up with her chopsticks so I could take a food shot. She didn’t understand until I showed her by pulling my noodles high above the bowl. I learn this trick from the young kids I hang with at my office.

The pork in my bowl was tender. The noodles were springy and thick, coated in a salty sauce that reminded me of smoked oysters. The egg was so creamy it could pass as a dessert. Tasty, but the chicken paitan was more unique and satisfying to eat. There was something addicting and unexpected in that chicken broth. It’s been a week since I ate there and I’m still thinking about the paitan. 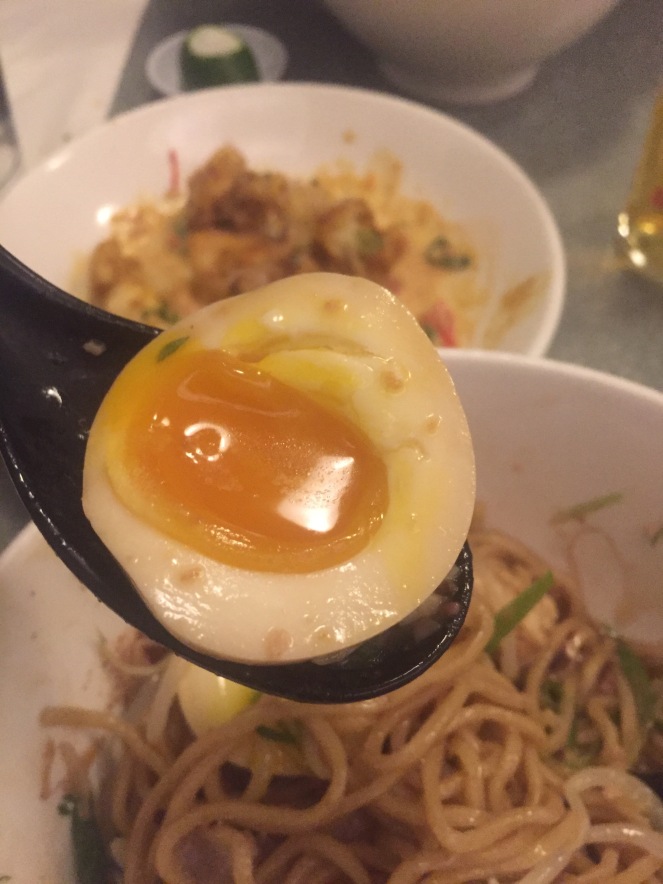 The episodes I enjoyed most on Chef’s Table are the ones that I can afford to eat at. Ivan Ramen was the real deal for me and I had zero guilt when I paid off my credit card last week.  Next up, Beep Beep and I ended her birthday festivities at Bar 54 – the tallest rooftop bar in Manhattan.