My family has frequented Tsim Chai Noodles since it opened. My brother Narc likes the fried wonton. You get about eight of these huge, juicy shrimp balls that stay crispy even when we order take-out.  My father Ludwig use to bring back sui kau for my younger brother Jacuzzi and I after he went out with his buddies. I wasn’t surprised with Ludwig`s answer when I asked him where wanted to go for his birthday. Tsim Chai Noodles! Fine with me. Better than his other favourite place, the White Spot. 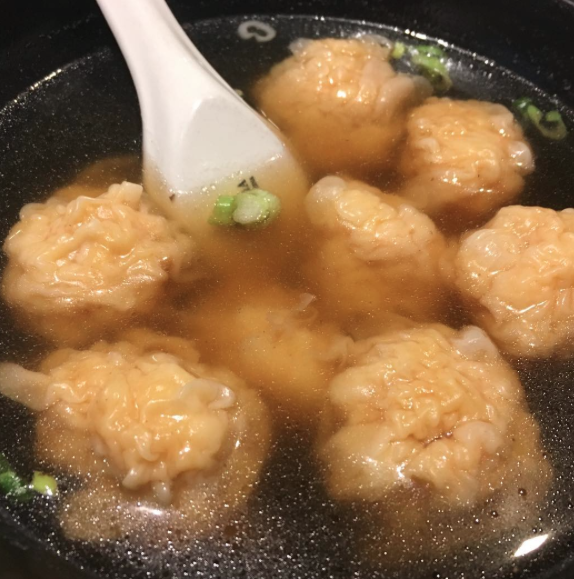 My aunt Bendy was in town, so she came as well. She ordered shrimp wonton without the noodles. Man, check out these fat shrimp balls! The broth is salty with a very distinctive smell to it.

I ordered Sui Kau with white flat noodles. Sui Kau is a bigger version of wonton with black fungus, mushroom and I think, another beige, crunchy vegetable that reminded me of water chestnuts. 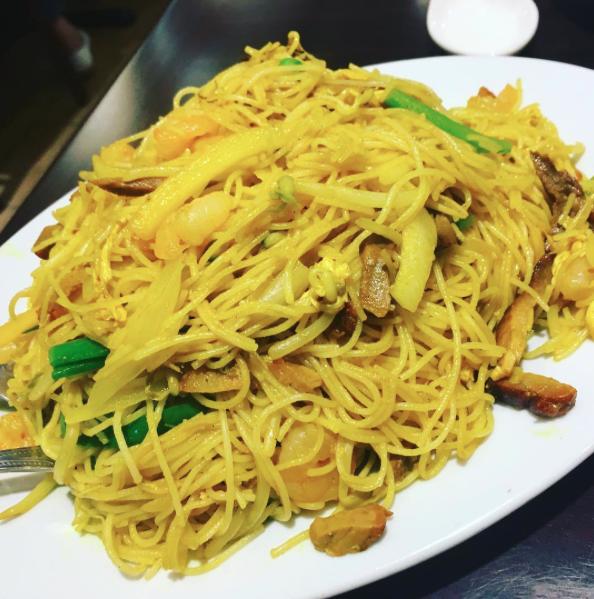 Ludwig ordered a bowl of sui kai without noodles (you get two more as a result) and a plate of Singapore Fried Rice Noodles. The Singapore noodles were moist with a good amount of yellow curry seasoning. The onions, green onions and sprouts were cooked just so it retained a pleasant crunch. Ludwig picked out all the pork and left it in a tidy pile on his plate. He avoids meat when he can.

This cash only, no frills Chinese pit stop is popular for a reason. If there`s a better place for shrimp wonton and sui kai, let me know. For now, I`ll say this is the best place for wonton in Richmond. Hitting the Sauce gives Tsim Chai two fat thumbs up.