Have you every eaten an excellent bowl of instant ramen? In Japan, I could buy an instant version of an award winning ramen made by Nissin Foods and a Michelin-starred restaurant. Back home in Calgary, I noticed the ramen from T&T Supermarket and E-Mart isn’t nearly as good as the Nakiryu and Nissin ramen I bought at 7-Eleven.

L agrees with me. As a result, we buy our instant ramen at True World Foods, a grocery store that sells authentic groceries from Japan and take away lunches. For this post, let’s listen to “She’s Just My Style” by Gary Lewis and the Playboys.

True World sells a limited amount of freshly made sushi and sashimi. On our most recent visit, the special of the day was a plate of sushi and a bottled beverage for only eleven bucks. We bought the Coho Salmon Sushi ($10.99) and a Mixed Sushi Roll ($10.99).

The salmon was tender and fat with flavour. The mayonnaise offered a spicy kick, which helped to liven up the cold, thick mound of sushi rice. I found the portion surprisingly filling. 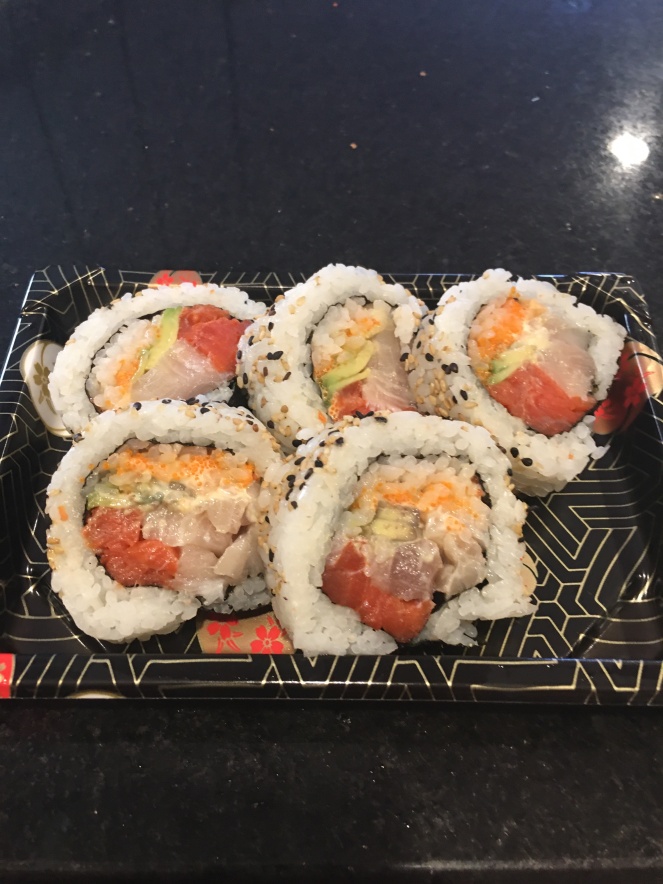 The mixed maki roll was filled with tuna, salmon, avocado, tobiko and Kiwi mayonnaise. Despite the fact the roll was made beforehand and eaten after a long car ride home, it was still one of the better rolls I’ve tried in Calgary. The tuna and salmon were so flavourful, it was obvious True World uses high quality seafood.

I only buy soba noodles ($7.99) if one of the ingredients is yam. Otherwise, I find the noodles too soft. I couldn’t tell the difference between the soba noodles I bought from True World and E-Mart. Both stores charge roughly the same price. 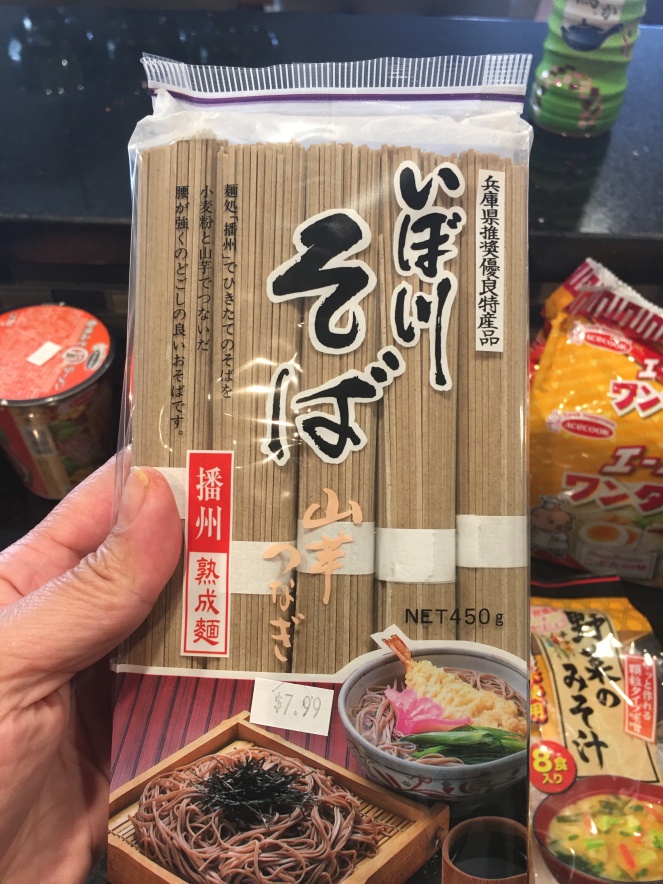 I add a healthy squirt of wasabi to the dipping sauce (soba tsuyu), toss in the noodles, then top my bowl with nori, a sliced farm egg, green onions and cucumber. No matter how hard I try, my version isn’t nearly as tasty as the premade soba I bought from 7/11.

L and I tried a pack of ACE Cook Wonton Mein ($12.99). L informed me that Chinese  ramen is popular in Japan because ramen originated from China. I didn’t care for the wonton broth, I prefer miso or tonkatsu.

We tried this ramen with the seasoning included, a miso soup package, and the leftover broth from Con Mi Taco. The noodles were good –  thick and toothsome. I’d buy this pack again, but in a different flavour.

I found the noodle texture of the ACE Cook Wonton mein superior to the Ace Cook Maru Uma Miso Ramen ($3.99) instant noodle cup.  The miso noodles were light and almost papery in texture. The broth was mild, the dominant flavour came from the sweet kernels of corn. 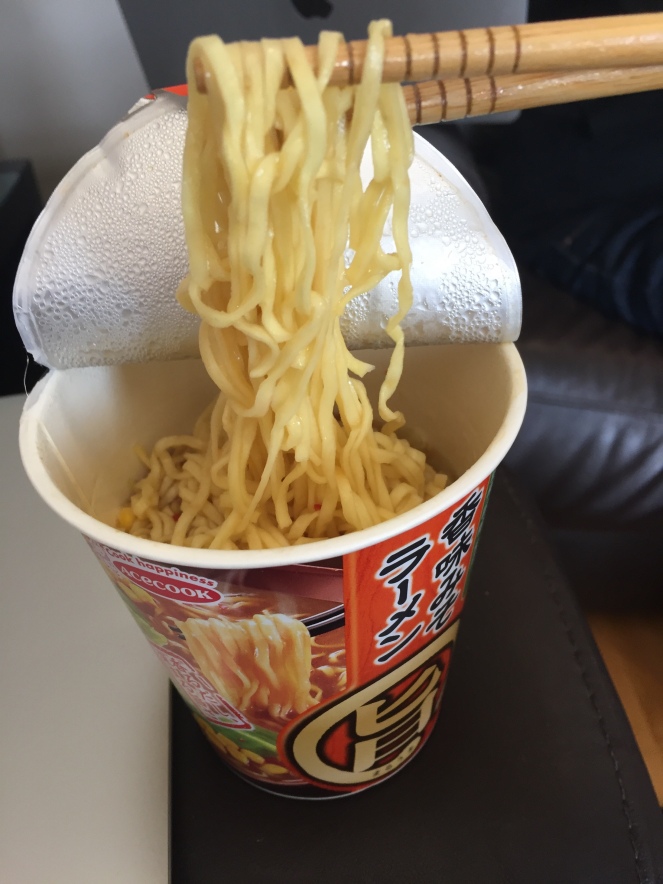 When I cooked up the Daikoku Big Sauce Yakisoba with Spicy Mayo ($4.99), I added enoki mushrooms and a poached egg. I wouldn’t do this again because the extra ingredients watered down the yakisoba sauce. 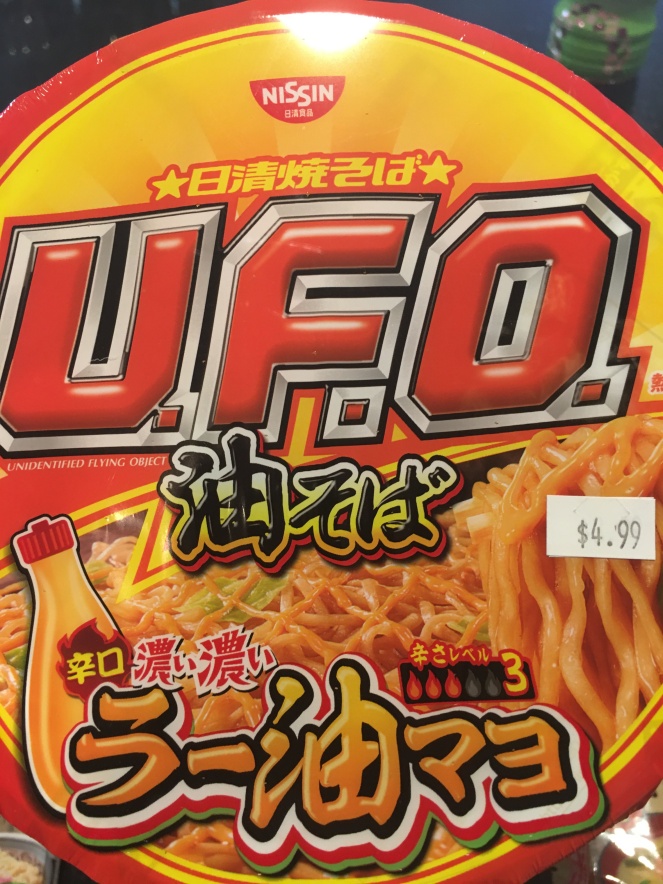 Despite being too watery, the flavour of the sauce was still creamy and spicy. The noodles had a good chew to it. I’d buy the yakisoba noodles again.

Make sure you google the instructions on how to prepare the noodles because there is no English translation. Some of the packages include two or three seasoning packages, and in the case of the yakisoba and tempura soba noodles, there’s an order to follow procedure of draining the noodles and layering the seasoning. 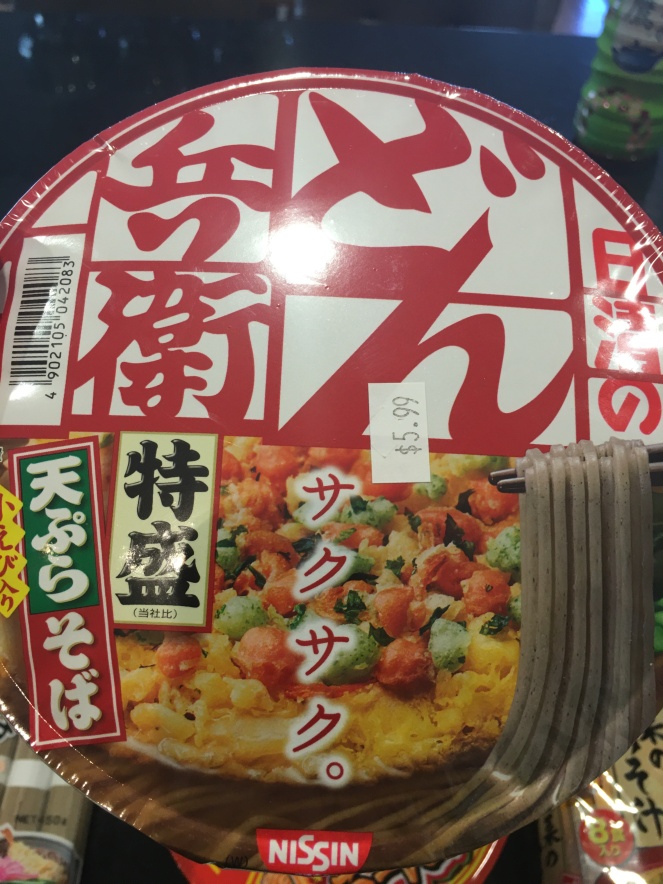 When I made the Nissan Tempura Soba Noodles ($5.99), I mistakenly poured the hot water over the tempura cake. I should have added the cake after the noodles were cooked. Despite my error, this was still a killer bowl of noodles. 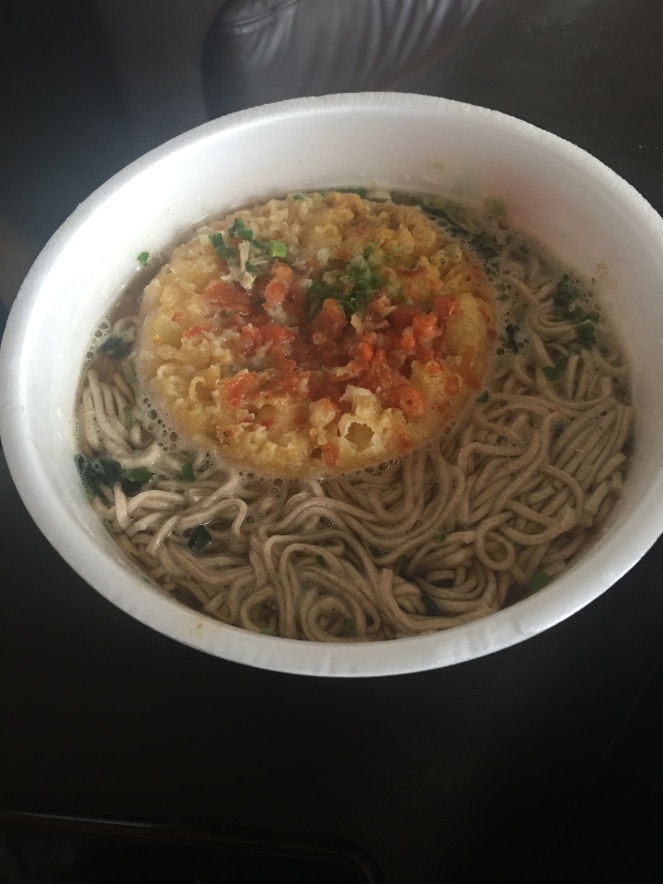 The broth was legit. The tempura, despite my blunder, had that same distinct flavour I experienced in Japan. The soba noodles were a tad light and lacked that bite I like. However, the flavour of the broth made this worth it. I drank every last drop, and I normally try not to drink the broth because of the fat and sodium. 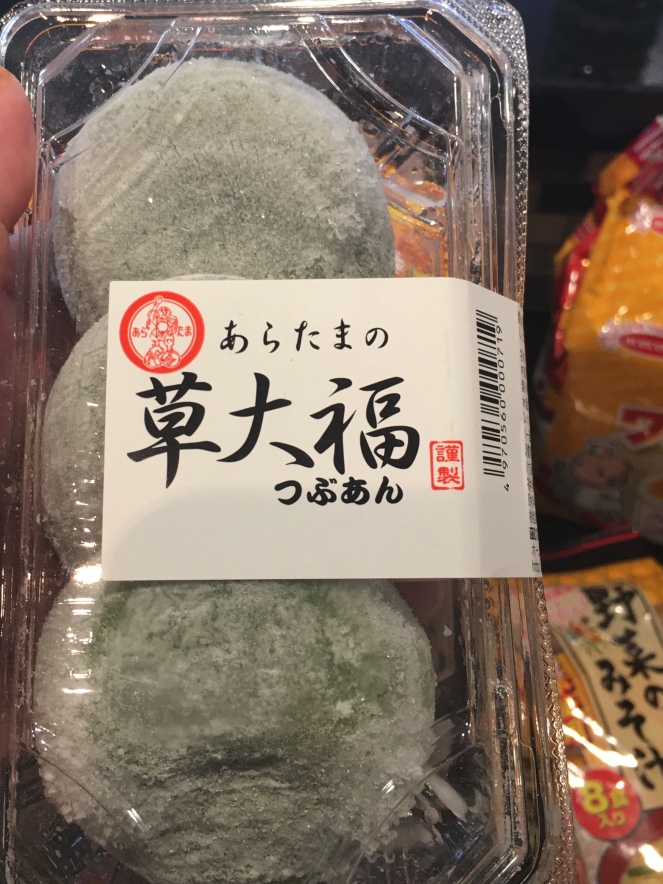 Whenever L and I visit any Asian grocery store or bakery, he always buys mochi. He stated emphatically that True World sells the best mochi in Calgary. You can find several varieties in the freezer section.

Here’s my final tip for you. If you show up two hours before the store closes, you get 10% off select sushi and sashimi. I hear from reliable sources that the sashimi in particular is stellar.