My brother-in-law Uncle Ben and his partner, Veggie Girl really like Five Spice. Uncle Ben reports that the owners are meticulous in the sub preparation, making sure that the toppings are arranged just so. They often pick up Vietnamese subs or eat in for pho. Veggie Girl can never finish her sub, but she eats like a bird. 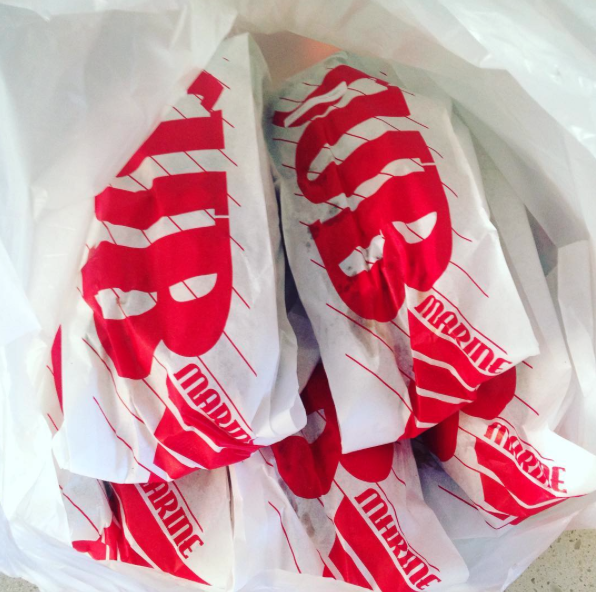 For Uncle Ben’s birthday, the family met at his house. Bobbino ordered 11 subs and some homemade dumplings. If you ask, Five Spice will deliver too. Uncle Ben got a kick out of the fact Five Spice prints the labels for their subs, for example, Tofu Sub or Pork Sub. He’s really into the details, and Five Spice delivers on that front.

You can tell by the filling that it wasn’t made in a factory. The vegetarian version had corn and bits of tofu in it. The pork dumplings were more substantial. Both versions looked deep-fried or cooked in a lot of oil. I would pass on the dumplings and try another appetizer, but perhaps I’m just spoiled by Chuen May. FYI – I LOVE CHUEN MAY! 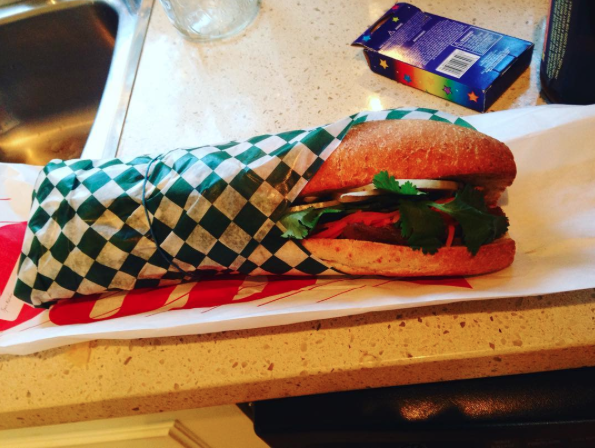 I tried the vegetarian sub, the chicken sub and the beef sub. My favourite was the beef sub because the beef was the most flavourful, saucy and juicy. The chicken was a little dry and I thought the meat was skimpier than the beef. The vegetarian sub has marinated tofu in it. I liked the combination of vegetables and the noticeable kick from the jalapeños. The bread was crusty with a good chew to it. This is one of the most filling subs I’ve consumed, even bigger than Thi Thi , which I adore (as does Mayor Nenshi, based on the number of pictures of him at Thi Thi). The price is awesome too for the quantity and quality.

Funny story. My boss is promoting businesses in Montgomery and Bowness for free, as a way to help out local businesses. No strings attached. I called Five Spice a week earlier to ask them if they wanted to be advertised at no cost. The owner responded he was fine for now and didn’t need it. The food is dang good and cheap. I guess they have enough business from word of mouth. In any case, give this place a try. When I return, I want to try the pho, pad thai, the take-away frozen food and of course, more of the subs.