Don’t wantcha for the weekend, don’t wantcha for a night
I’m only interested if I can have you for life, yeah
Uh, I know I sound serious; and baby, I am
You’re a fine piece of real estate, and I’m gonna get me some land

It’s pretty square at my office year-round, but during Stampede the whole office loosens up. My colleague Aycaramba and I use up our extra lieu time to enjoy the merrier mood. On Thursday, Downtown Calgary hosted the first pancake flip of the Calgary Stampede. We ate pancakes with whip cream and berries, savoured each bite of our sausage and washed it all down with orange juice and Starbucks coffee. 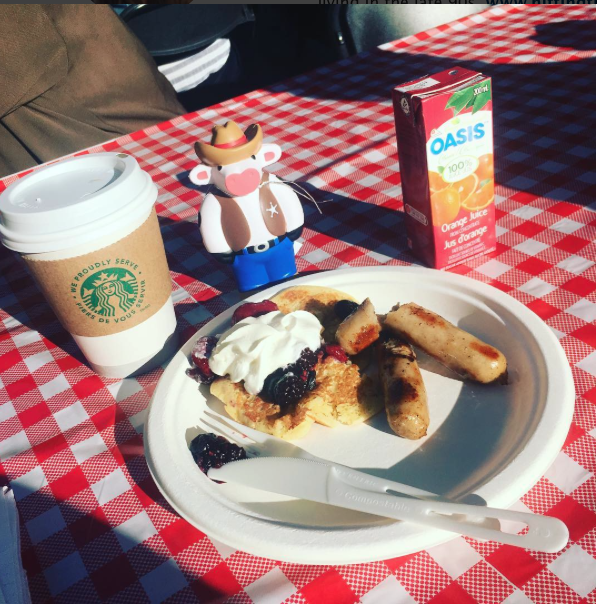 We went back to the office to work and headed out again for lunch. Aycaramba has never worked downtown. During Stampede, the whole core comes to life. We sailed by the patios at Milestones, Catch, The James Joyce, Original Joe’s, The Unicorn until we came to the Local Public Eatery. This spot is the best for Stampede vibes because it’s filled with locals and not tourists.

As we were not returning to work, we indulged in a couple of beers. I picked a refreshing, easy gulping beverage – Shock Top. This was a fruity wheat ale with a sweet aftertaste. For $5.50, it’s also a wicked deal on Stephen Ave.

The patio was packed and every time a server walked by with hot wings, I started to salivate. Aycaramba and I shared the Tuna Club Sandwich with truffle fries ($17, + $2 for upgrade). Our server was awesome and didn’t rush us out. She also split our food and bill. I wish I asked her name to give her props. She’s a petite brunette that was working the corner of the patio by the door. 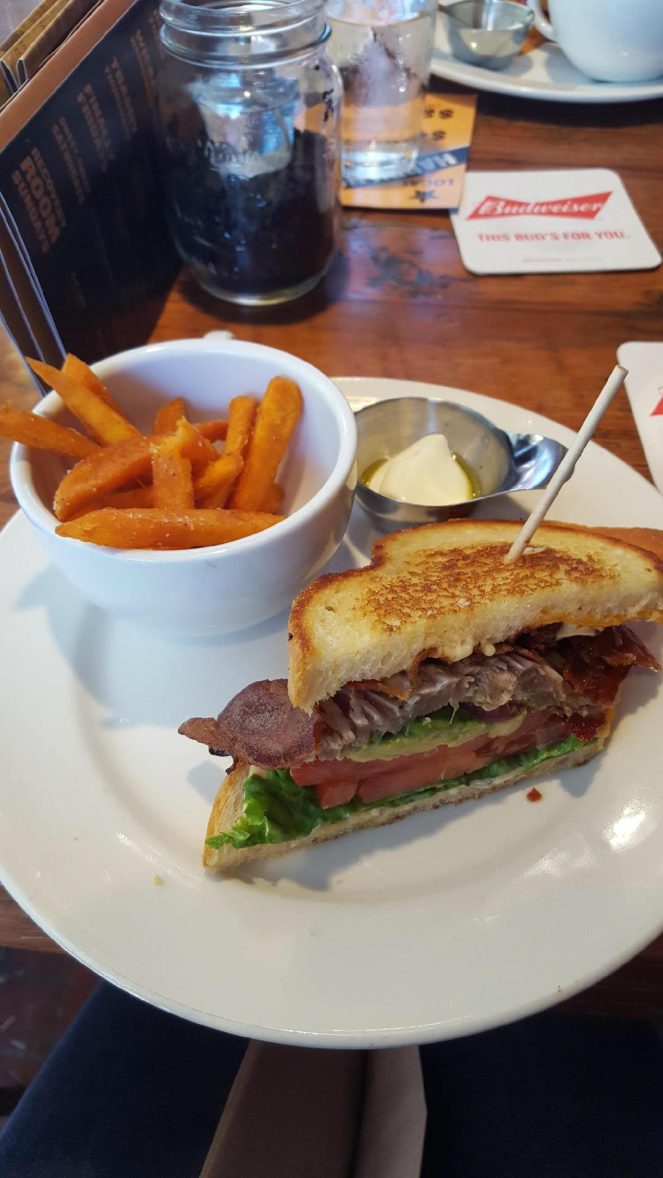 The tuna club was delicious. Packed between toasted bread was a cool piece of seared tuna, crispy smoked bacon, melted cheese and ample slices of avocado and tomatoes. I liked that each bite of my sandwich contained some tuna. The yam fries had this decadent truffle lemon mayonnaise with parmesan cheese. My half portion was perfect. I was left full but not stuffed. 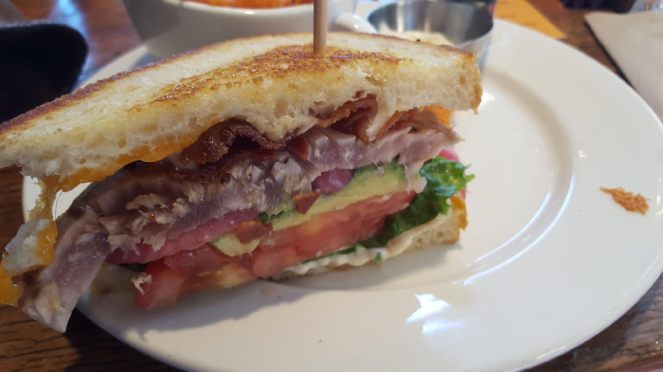 The crowd was fun and friendly. We chatted with the other people at our communal table. The oil and gas guy sitting next to Aycaramba picked her up and asked if she was free during Stampede to have a liquid lunch with him or (after he watched her expression) a coffee. I watched Oil & Gas drink from stemless wine glasses with a liquid that was filled to the top. I asked what he and his friends were drinking. Oil and Gas responded it was white wine. Puzzled, I asked why it was filled to the top. His friend said it was because they ordered doubles. Aycaramba!

For people-watching and food, Local is my new favourite hangout. I’m already planning on returning for lunch next week. Hitting the Sauce gives Local two fat thumbs up! Yahoo!

In the old days, Beep Beep and I spent most of our time in the clubs in Pioneer Square. This was actually our first time in Pioneer Square sober. So far on this trip, I drank like I was pregnant. I averaged a beer and a glass of wine a night, and that was with Beep Beep’s encouragement. Being back on our old stomping grounds didn’t make me want to drink. Instead of a beer on a patio, I suggested an ice-cold kombucha. 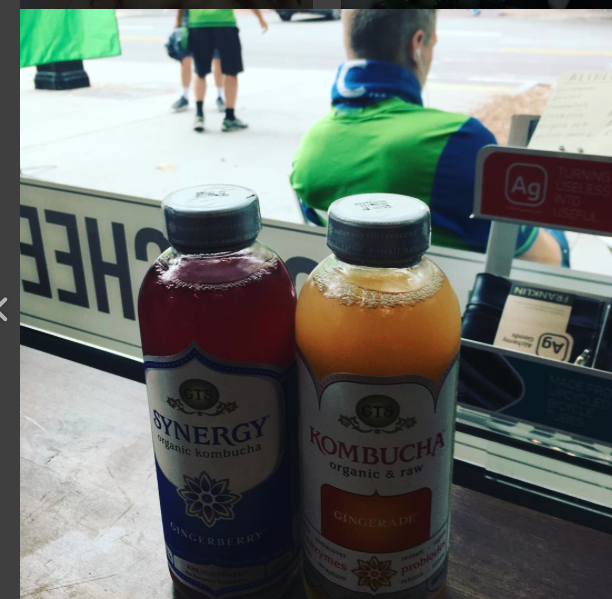 There was a game going on that day and everyone was dressed up in green. A band played their trumpets on the street. Blue smoke billowed out and then a throng of fans came out like a horde of zombies on Walking Dead. 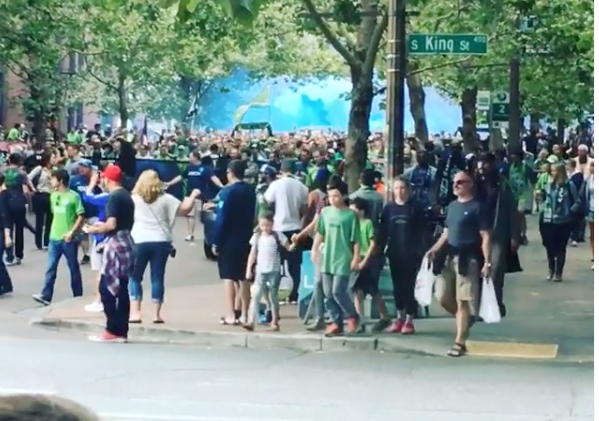 When we returned to our hotel, we found out that Beep Beep’s relatives were staying with us – a total of four adults and a baby. The penthouse only had two bedrooms and a pull out bed in the kitchen. On the way to dinner, Beep Beep said she wanted to do a midnight run and head back to Vancouver after supper. Just like the old days when we would manufacture drama. I was game, I found this turn of events exciting. 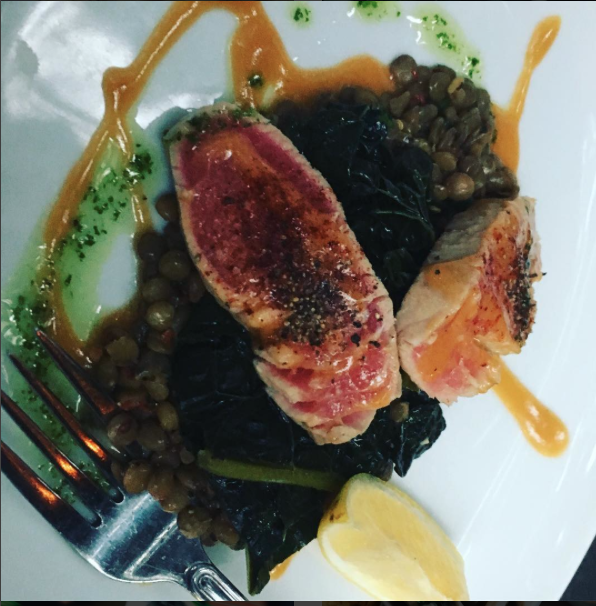 To fuel up for our move, we went to my husband’s favourite happy hour spot, List. On Sundays, appetizers are half price all day long. Beers and wine are $4.00. First up was the ahi tuna on a bed of lentils. The seared honey ginger tuna was perfectly rare on the inside. The lentils were too spicy which made it almost uneatable. 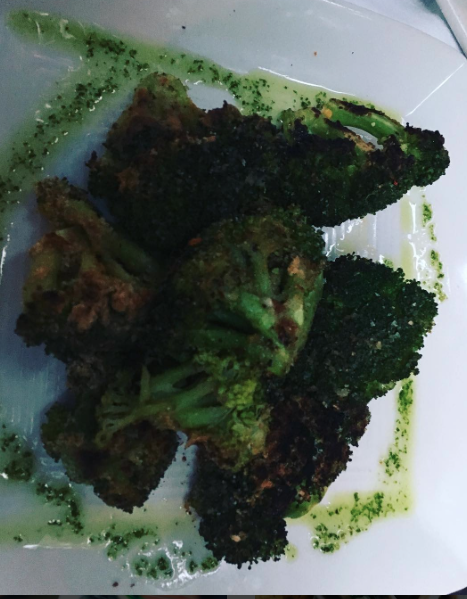 The Baked Broccoli ($8.50) was simple. The broccoli tasted like it was boiled and then pan-fried. The florets retained a nice crunch. Beep Beep liked this dish but I would pass in the future.

The Octopus Salad ($14) was a winner. The tender pieces of octopus was cut in little pieces and tasted of grill. The citrus emulsion was quite bright and strong. 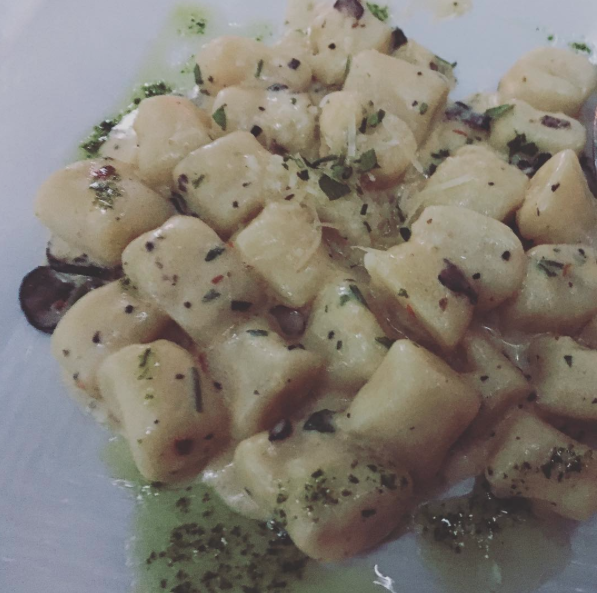 The Homemade Gnocchi with black truffle cream ($14) was so good that I ordered two plates. The fragrant truffle sauce and the soft bites of gnocchi melted on our tongue. Be warned – this is a rich tasting dish. 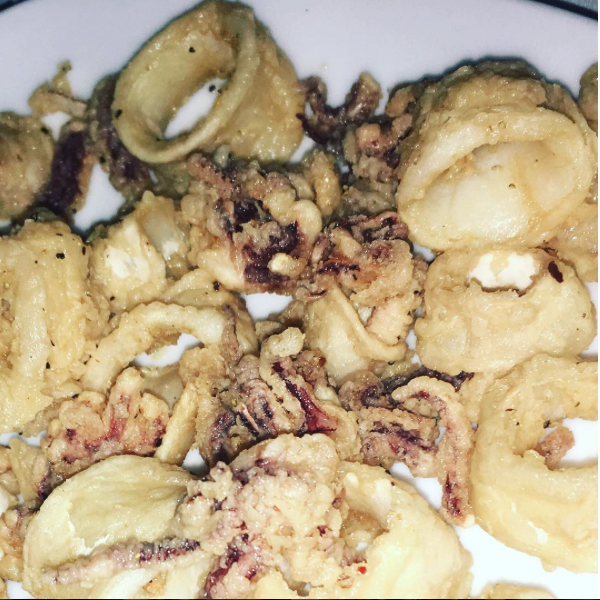 I read on Yelp that the  Salt and Pepper Calamari ($11) wasn’t anything special and it was too salty. I ordered it and asked for the kitchen to go easy on salt.  For $5.50, I thought it was great. The squid was tender and delicious, nicely fried and the light batter was crispy. No complaints from me.

List is always busy and offers happy hour until 6:00pm and then again later at night. Happy hour is one of the best deals in Seattle for booze and food. I’m already looking to my next visit.