L and I are eating out more frequently to support our favourite restaurants during the COVID pandemic. On Sunday, we ordered a three-course takeout meal from Cotto Italian Comfort Food . For $29 a person, we were given a large Caesar salad, two slices of Parmesan garlic toast, a big pan of porcini truffle mushroom risotto with grana cheese, and two pots of tiramisu.

When I saw that Cotto was making risotto, I instantly thought of a scene from Big Night, when an American woman orders seafood risotto and fails to understand the tradition and craftmanship behind the dish. Upset that the risotto doesn’t look as how she expected, her husband suggests she order a side of spaghetti and meatballs. For this post, let’s listen to “Oh Marie” by Louis Prima.

Cotto is offering 30% off all their wines. I asked Fiona, the owner and wife of Chef Giuseppe, for a wine that would pair with the food. She recommended 2016 Giuseppe Campagnola Ripasso della Valpolicella Classico Superiore ($42). I found the wine smooth and silky. L thought it was well-balanced and an easy to drink wine. I agree, it was hard to cut myself off after my second glass. 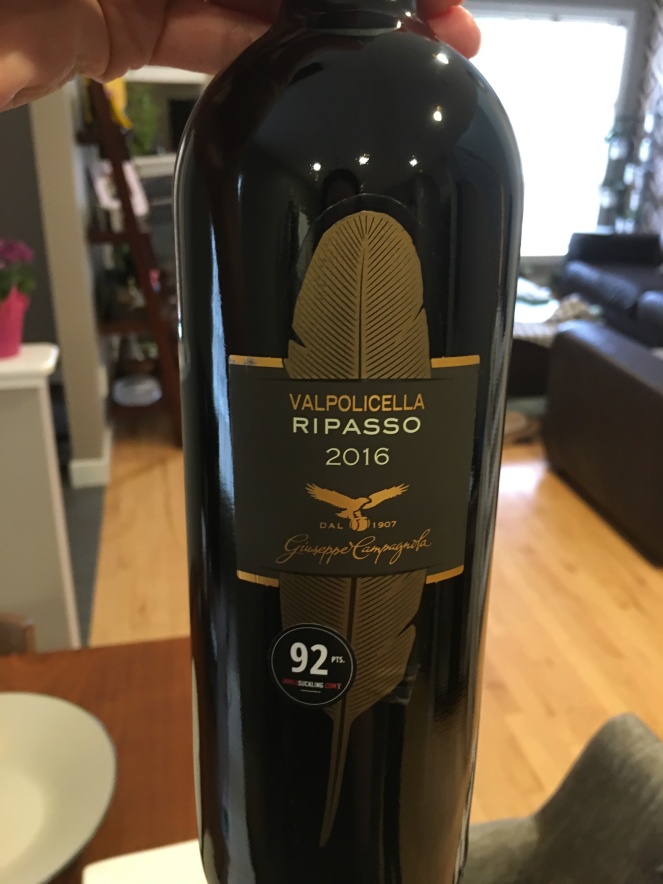 L doesn’t normally like Caesar salads but he’s a fan of Cotto’s version. He liked that there wasn’t an overwhelming amount of garlic. I loved the tartness of the sun-dried tomatoes and the feathery crumbs of grana cheese. The salad dressing was refreshing and helped cut into the richness of the risotto.

The garlic bread was decadent, generously layered with butter, parmigiano cheese and garlic. The bread was crusty on the outside and the crumb – the inner part of bread –  was soft and delicate.

I wasn’t expecting such a large portion of risotto. We had enough for lunch the next day. When I lifted the risotto from the pan, I could see the fine strands of cheese stretching out like a cobweb. The grain was cooked to an al dente, deeply infused with the flavour of porcini mushrooms and truffle. 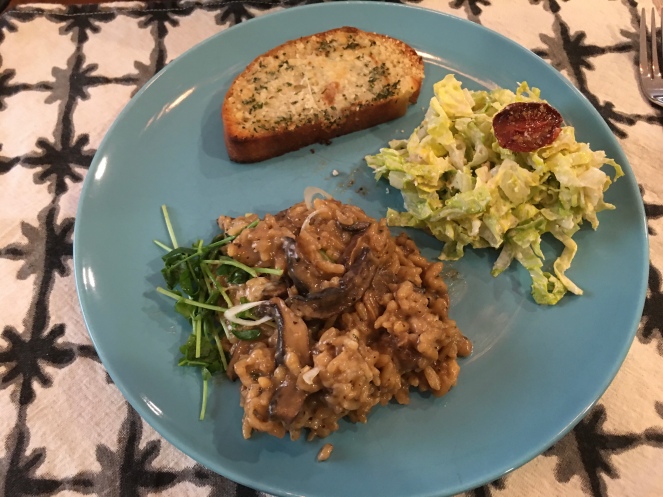 The smell and taste of the truffle wasn’t overpowering. The porcini mushrooms were silky smooth but there was still a nice toothsome crunch to it. The best part of the risotto  was the contrast between the rich, earthy cheesiness and the greens.  The taste of the spring onions and the pea shoots made my tongue tingle with pleasure. This was the first risotto I’ve tried and would order again.

Along with risotto, this was the best tiramisu I’ve consumed. The soft layers of Kahlua espresso lady fingers and mascarpone cream were light and sweet. My favourite part of the dessert was the smell of the cocoa power and amaretto. It reminded me of a frozen dessert I would have as a child, only occasionally, because it was an expensive treat.

On our drive to Kensington, I was shocked to see the number of businesses that are permanently shut down. I feel like there’s a war going on, but instead of guns and the military, it’s an invisible virus wiping out livelihoods in Calgary. 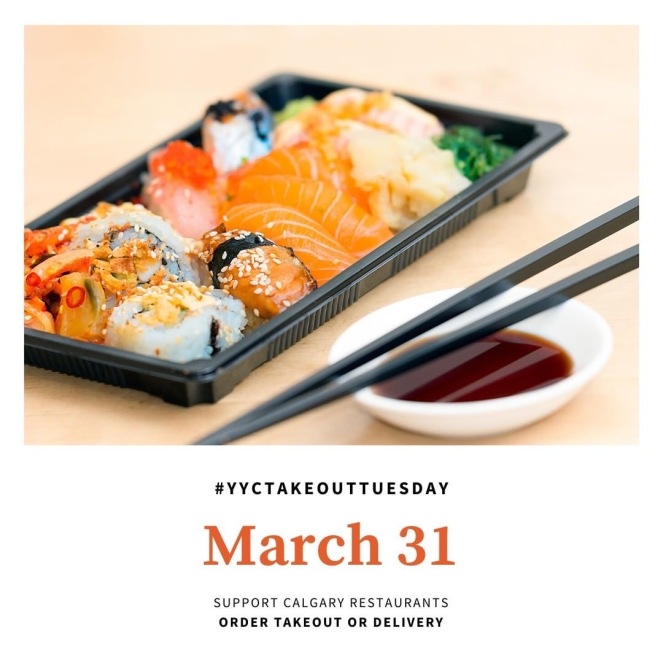 Do you want to help the restaurant industry in Calgary? If you have the financial means,  YYCTAKEOUT is asking Calgarians to show their support by joining #YYCTakeoutTuesday and ordering a pick-up meal. If you can’t afford to eat out, consider retweeting or sharing an Instagram story from @yyctakeoutspecials.