My husband L organized a weeklong conference. In the past two weeks, I only see him if I attend one of his events. In light of the Stampede, let’s listen to country music.

On Sunday, I dropped by L’s hoedown at the University of Calgary. The catering staff recommended he move his outdoor venue inside due to a severe thunderstorm warning. I’m glad L made the decision to not risk it, as it did end up storming.

Before dinner started, Chest Pump walked by me, already indulging in Fiasco gelato. His colleagues reprimanded him and said that it was too early to eat dessert. Chest Pump smirked and retorted that it was a palate cleanser. I said that a palate cleanser is meant for in between courses. He thought for a nano-second and responded that there was no rule for how long it had to be in between courses. I can’t argue with that logic. 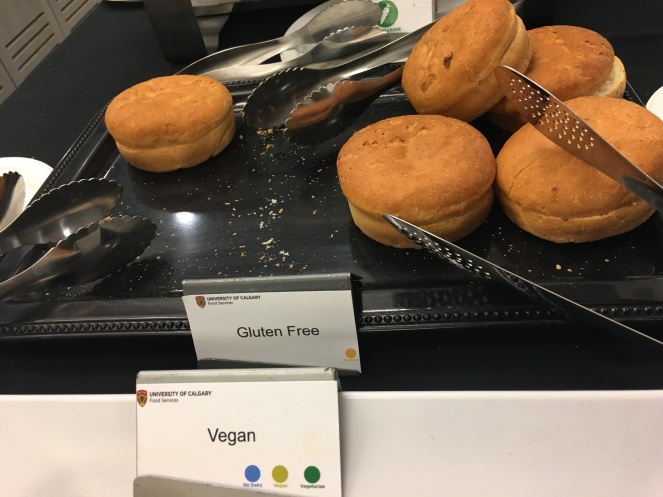 When it was our turn to go to the buffet, Chest Pump mentioned he had food restrictions. Specifically, he avoids flour and wheat. When he grabbed a gluten-free bun, I mentioned that I’ve never eaten gluten-free bread because I heard it is more calorie dense and not that tasty. He agreed and decided to ditch his bun in an empty container, right next to a container full of regular buns. Chest Pump said he doubted anyone would eat it anyway. I disagreed but I said nothing.

I went back to the buffet to check to see if someone did pick up the cast off bun. It was gone! I told Chest Pump that I felt sorry for the person who accidentally ate his gluten-free bun. Chest Pump was remorseless and said he didn’t feel sorry for that person, as they would experience how he feels all the time. 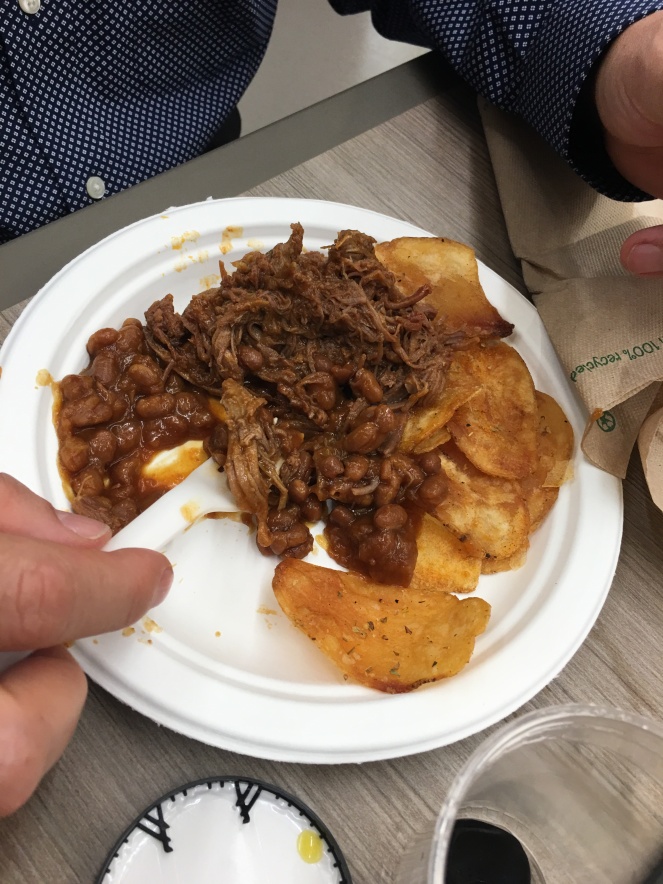 The pulled pork was tasty, the coleslaw fresh, and the company cheerful and fun. The U of C crew did a great job setting up inside on such short notice, as well as solving issues that come up during the event. Hitting the Sauce gives L and U of C catering team two thumbs up. Yahoo!