L and I attended Inn from the Cold’s 4th annual Lobster BBQ ($100) at Southland Yard. Inn from the Cold provides emergency shelter, affordable housing, and support services to help families in crisis retain and achieve housing-security and independence.  As she references Red Lobster in her song “Formation” let’s listen to Beyonce.

To begin the event, there was a cook off between competing chefs: Mike Frayne of Southland Bar and Table; Phil Andrews, Executive Chef of Delta Downtown; Joshua Dyer Sous Chef of Mariott Airport; and Eric Beaupre, Executive Chef of Pomeroy Kananaskis Mountain Lodge. I felt like I had to wait forever to take the photo below because three of the four chefs were fidgeting and looking down. The chef on the far right was the only one good at posing.

The three judges were Heather Morley, Executive Director of Inn from the Cold; Justin Labossiere, VP of Culinary at Vintage Group; and Daryl Kerr, Executive chef at Great Events Catering. I didn’t spend as much time taking their photo and you can tell. 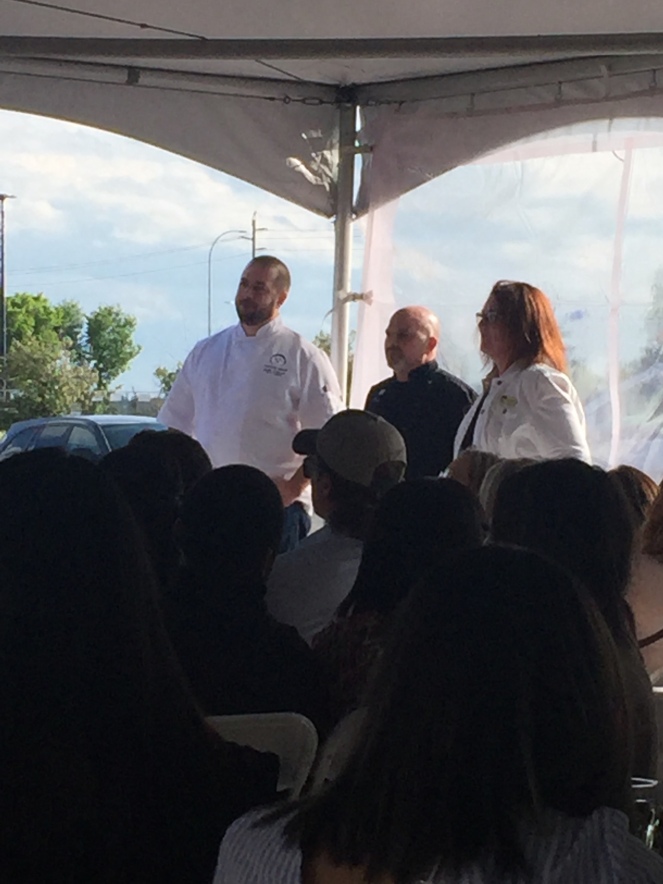 The chef’s platters were auctioned off. YYCFoodiePak and her gang tried to bid on a platter but they were outdone by the goodwill of other guests.  I noticed people shelled out more as the night went on. The first platter went for $70. The last platter sold for over $200.

The MC said tables would be selected to go up to the buffet. I saw that no one waited and everyone just got up. I told L I was going up too. He reluctantly followed only after the rest of my table agreed with me.

The buffet included rolls, Caesar salad, coleslaw, baked potato, potato salad, corn, steak and lobster. The corn was super sweet. I liked my potato – it was simple and tasty. The steak was a bit dry but who cares. We came for the lobster. 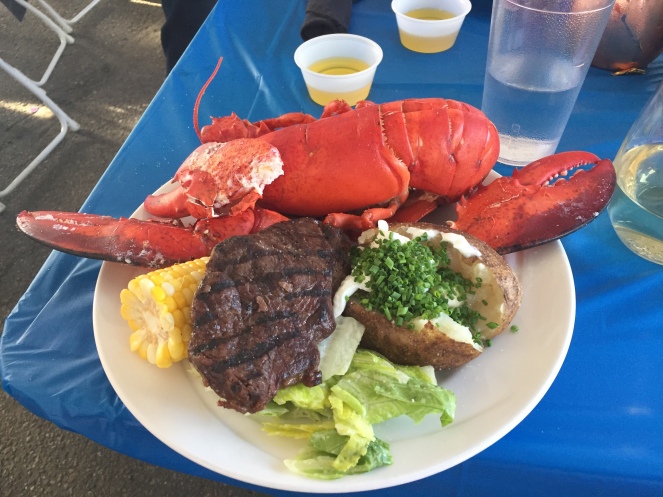 I preferred the tail over the claw meat, as the former was sweeter. The lobster was pre-cracked, so it was easy to separate the meat from the shell. There was enough food that I saw several customers go up for a second lobster. L was a little weirded out that as the night went on and became cooler, the butter never solidified.

I wanted to bring my leftover shells home to make lobster bisque, but even I have limits. Can you imagine how much lobster bisque you could make from the all the shells?

I use to volunteer for Inn from the Cold’s Sunday evening dinner service. It’s a rewarding experience and something I’d recommend to try at least once. Want to help? You can volunteer or donate.