Loaf2go and I met up for lunch to discuss our upcoming No Man’s Dinner event. She wanted to check out El Furniture Warehouse for the $5.99 menu. For this post, let’s listen to Sia “Cheap Thrills“.

Before I eat anywhere, I always look up any information I can find. I check Instagram, Facebook, Google reviews, Yelp, Tripadvisor, Zomato, and of course, food reviews. I saw on Twitter that Crackmacs was wowed by the Cranberry Turkey Sandwich. Bill Kaufmann from the Calgary Sun praised the braised beef pasta and a salad.

Loaf2go ordered the Braised Beef Spaghetti. She wanted to share an appetizer that wasn’t fried, so I suggested the Beet & Goat Salad. I picked the Roasted Turkey BLT. We didn’t wait long before our food arrived.

The greens in my side salad and in the roasted beets were not fresh. There were some brown stems and wet, brown leaves. The beets were wrinkled. Also, there wasn’t any mint in the beet salad, as described on the menu. Our server Nicole came by twice to ask how we were doing. I could have told her that the salads were bad and I’m sure she would have fixed it, but I didn’t want to make a fuss over such a cheap dish.

I tried a bite of Loaf2go’s pasta. Kaufmann described El Furniture’s spaghetti as “… a meaty, zesty pasta pile that, for $5.95, was a sweet deal.” What little beef there was I would not describe as meaty. The sauce tasted like it came from a can. But Kaufmann is right, for six bucks, it was a good deal. 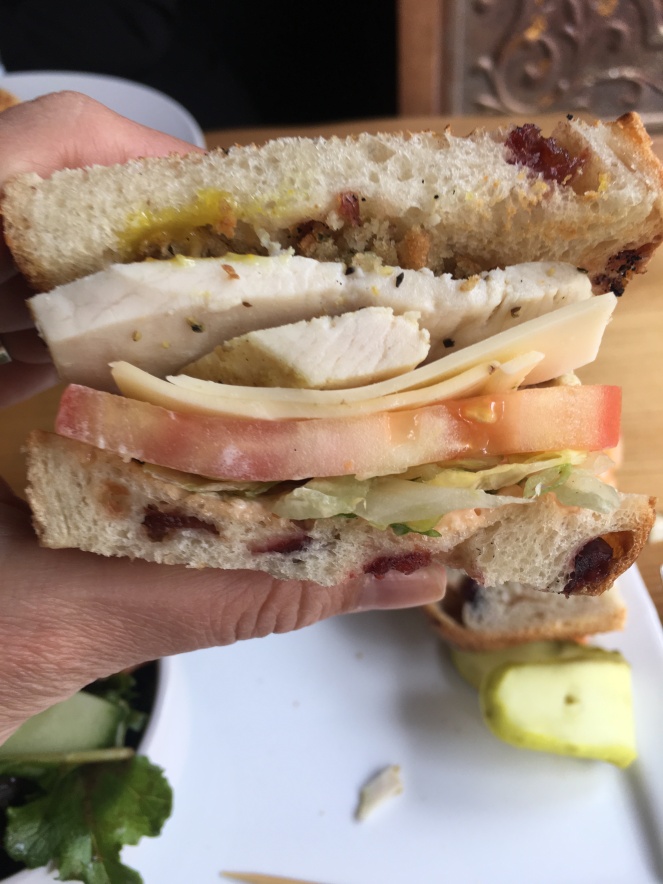 I liked Crackmac’s pick. The sandwich was tasty. The cranberry sourdough was crunchy and sweet, stacked with slices of turkey, tomato, stuffing and cheese. The sandwich wasn’t large but enough to satisfy me. The turkey sandwich was cheaper than the gross $7 sandwiches with processed cheese sold at Bow Valley College, plus you get a side. 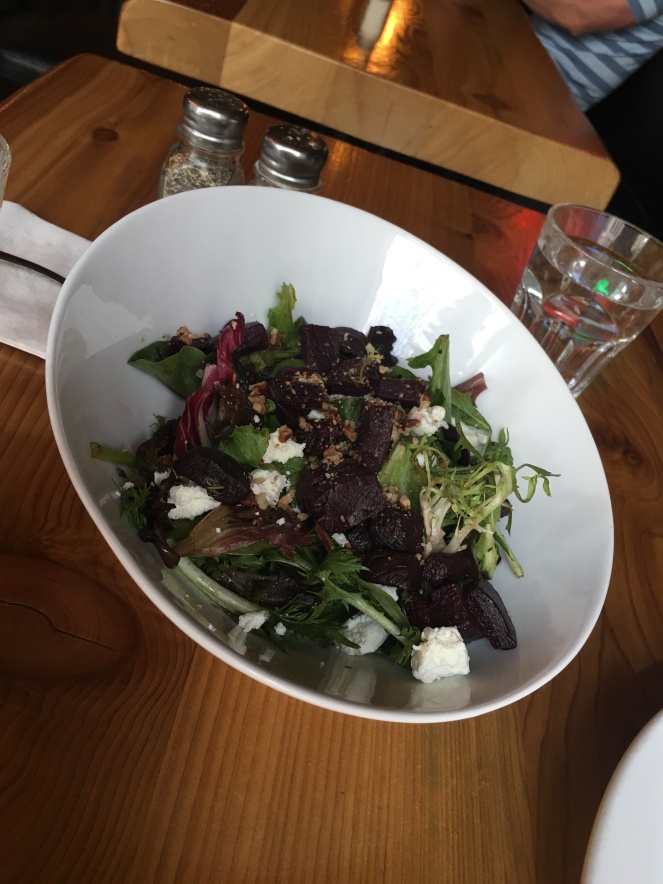 I like the music, service and vibe at El Furniture Warehouse. I’d return, but I would stick to the fried food and beers. This is the sort of place I would frequent when I was doing my undergraduate degree. You get the experience of eating out without going over your budget.

After our meal we checked out Bar Modern on Stephen Ave. When we walked in, I told the assistant GM that I wanted to look around to get an idea of the space for an upcoming party. She gave me a tour of the two floors and showed me the difference in the two menus. Loaf2go and I have decided to host our next No Man’s Dinner at Bar Modern. I can’t wait – I know the wines will be superb and I’m looking forward to trying the beef tartare and steak.