My all time favourite server is Christina from Red Ember. L and I have been coming to Red Ember since 2012. Throughout the years, Christina has been in and out, as she’s gone back to school, had other jobs and lived overseas. I saw on Facebook that she’s returned. After going out for a drink, L and I made our way to Red Ember for a late dinner. In honour of Christina, let’s listen to Return of the Mack by Mark Morrison.

Even though it was past 8:00 p.m., the restaurant was packed. I also saw numerous takeout orders being picked up. If you pay cash, you get 10% off the bill. For takeout orders over $100, you get 15% if you pay cash. Good to know for my future parties. Christina warmly welcomed us back and asked the sushi chef and owner Calvin to make us a special amuse-bouche. A very lovely treat to start our meal. 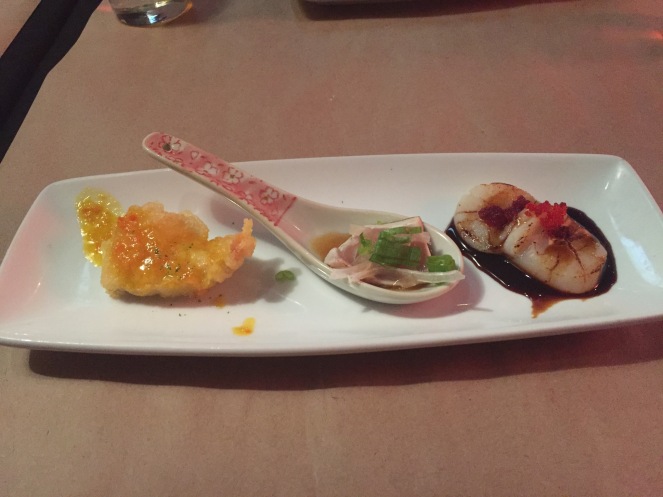 Usually, there’s Calvin and sometimes, another sushi chef working with him. I’m not 100% sure if there is another cook for the hot stuff, like tempura, teriyaki and udon. This evening, Christina was the only server. I’m pretty sure they were short-staffed, because Calvin would disappear and then suddenly the hot food would come out. Red Ember is a smaller restaurant operation, so when it gets busy, the food may take a bit longer. 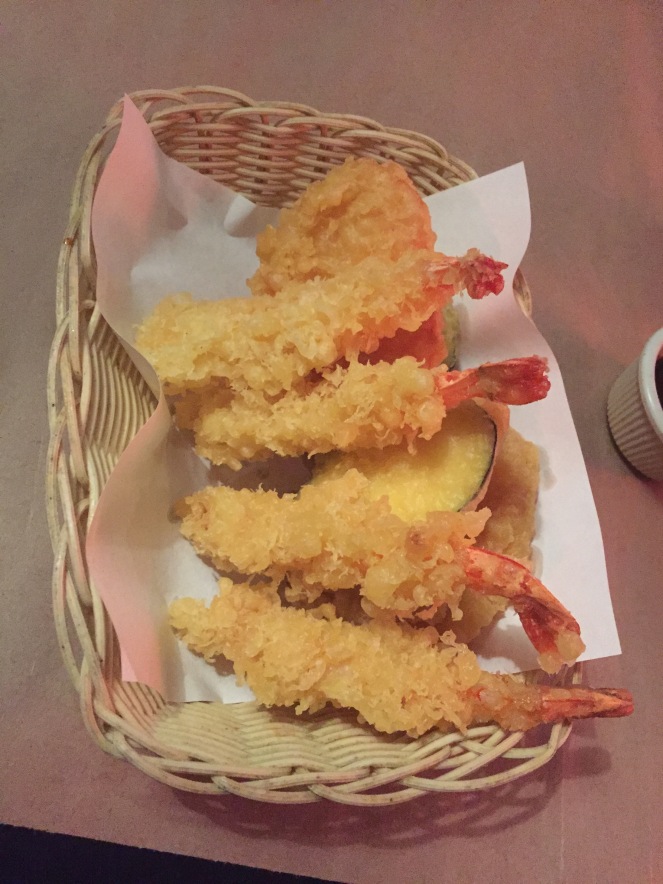 L and I shared an order of large assorted tempura ($10.99) and a large Asahi ($7.99). We received four pieces of shrimp and six vegetables. The batter is thick and crunchy. L liked how the tempura wasn’t overly greasy. I wonder if Red Ember will ever consider making tendon (tempura covered in sauce over rice). I think if they did, it would be a hit.

L always order the chirashi ($18.99). The rice was fragrant with vinegar. Christina asked Calvin to give me two amaebi (raw spot prawns) as she knows this is my favourite sushi. When eaten raw, the prawn is sweet, creamy and crunchy. 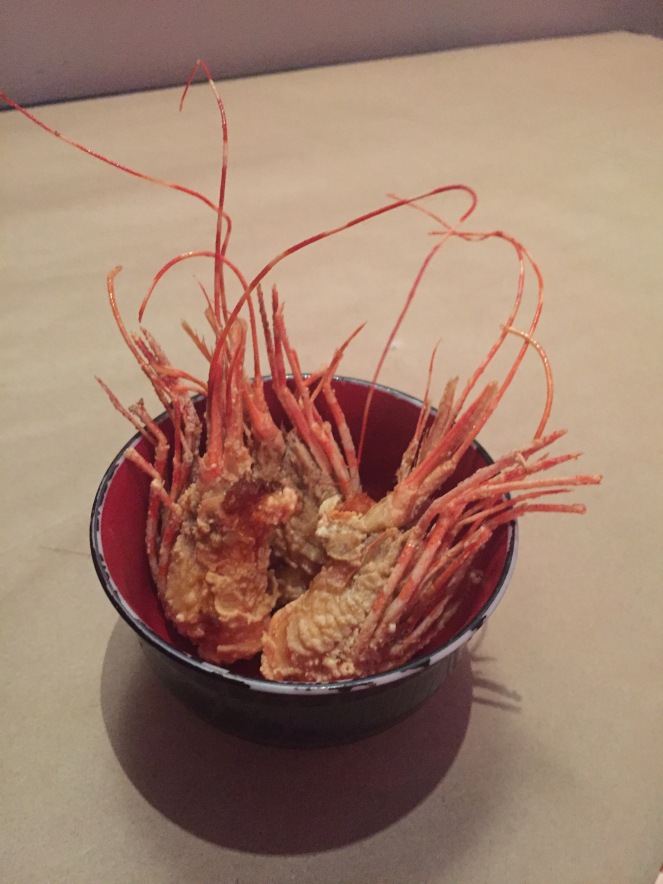 L can’t look at me eating the shrimp head without making a face. A little judgy L.  I think the part that grosses him out the most is seeing the attenas poke out of my mouth as I munch away. He has no idea what he’s missing out on. The best part is when the remaining head is deep-fried as it taste like soft-shelled crab. 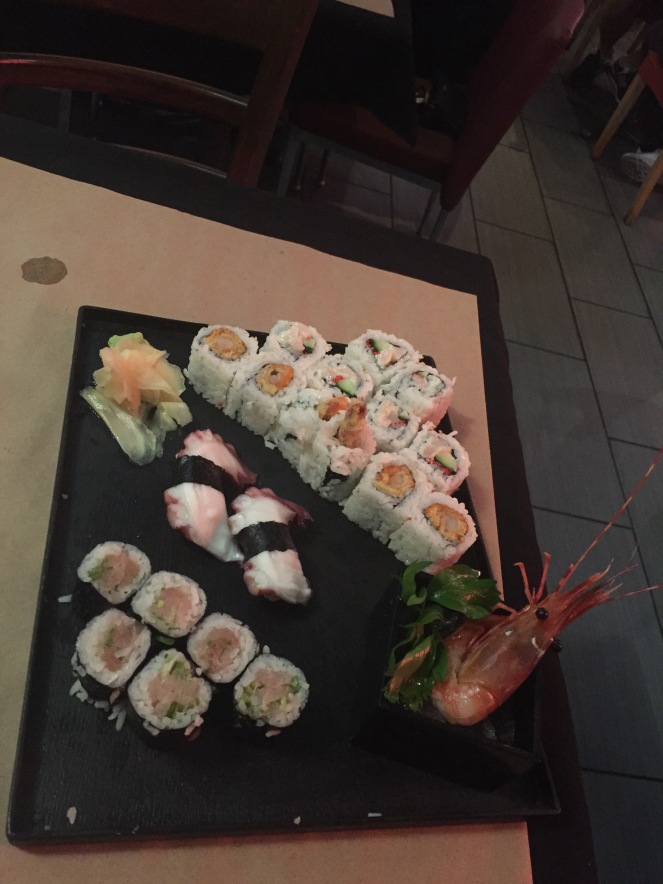 Office Dad and Asian Persuasion prefer Red Ember over Zipang and Roku because former offers more generous portions of sushi and sashimi. Both are also are a big fan of Red Ember’s lunch bento boxes. I like Zipang’s tuna and salmon slightly  more than Red Ember. However, Red Ember’s amaebi and scallop consistently taste fresher than Zipang and Roku.

Calgarians are lucky to have an affordable sushi joint, conveniently located in the inner city. L and I feasted away and our bill only came up to $60.  Hitting the Sauce gives Red Ember two fat thumbs up.

Pro tip. There isn’t any street parking immediately outside, but there is a parkade on the second floor, right next to the restaurant. My friend What’s Up Hamsup never pays for parking because he says if he gets a ticket, he just won’t pay it. L was feeling lucky and didn’t pay for parking either, despite my protests that it was only $2.00. Park and don’t pay at your own risk.