Since I came back from Japan, I’m trying to eat out no more than once a week. As a result, I’ve been obsessing which restaurant I want to eat at next. This week, I picked Sushi Hiro. L and I have been craving Japanese food and we wanted traditional dishes, like tempura, udon and chirashi. For this post, let’s listen to Hangout at the Gallows by Father John Misty.

This restaurant kicks it old school. Sushi Hiro has an incredibly loyal following. In 2002, L’s boss use to eat at Sushi Hiro every single day. On the busy Friday night we visited, it seemed like everyone was a regular. Customers would recognize other customers coming in. The owners – a sushi chef and his wife, along with their son who’s is also a sushi chef, were constantly greeting their regulars. It was being in a like country club, but we were guests and not members. 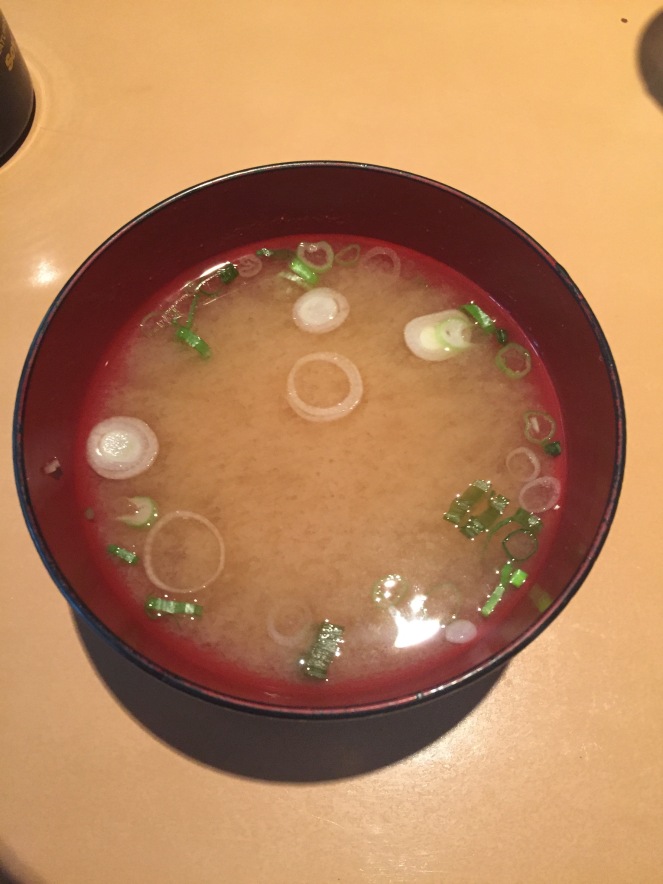 The decor is right from the 90s. The room is clean, tidy and surprisingly spacious. This place was a time warp, but in a good way. It felt downright retro. Think Nick’s Steakhouse but Japanese. 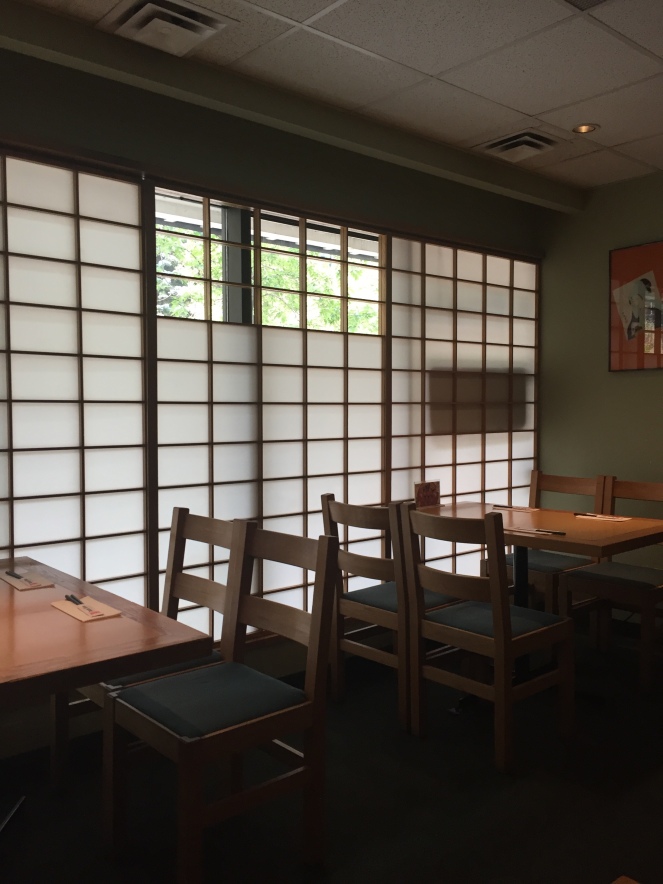 We ordered chirashi ($19.99), chicken karrage ($6.50), and nabeyaki udon ($14.50). I was surprised to read online reviews that some customers thought the food was expensive. It’s not. The prices are reasonable. L sniggered when I told him that some people wrote the food’s too expensive. He responded that everyone wants a Ferrari but they want to pay for a Ford. Touché. 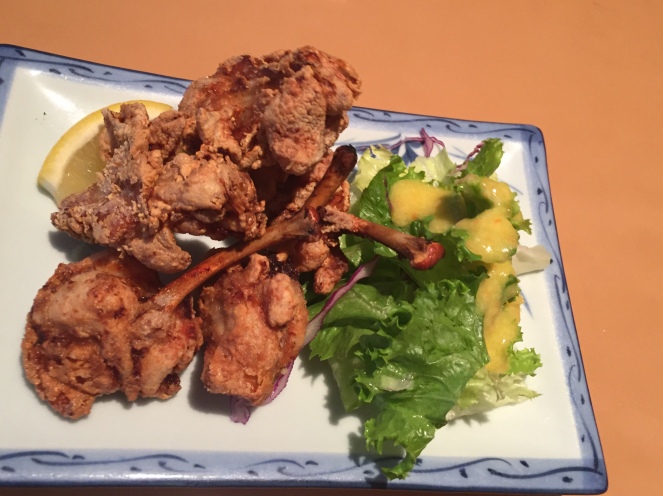 The chicken karrage is actually marinated chicken wings. The skin and meat are pushed off the bone. The result is a more fun to eat, well-battered wing. I wish pubs would use this technique, though I imagine it’s much more time consuming. The skin gets more battered and crunchy. The karrage was good, but it could have used a sprinkle of salt. 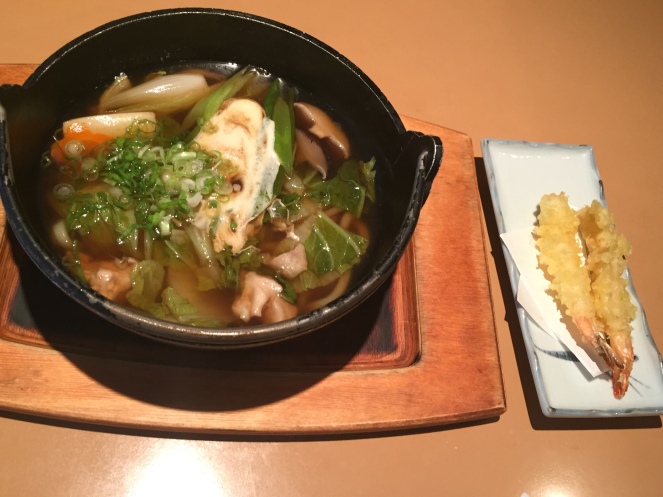 The nabeyaki udon was fantastic, filled with traditional vegetables, a molten egg, fish cakes, and chicken. The broth was rich and mellow. Every single vegetable was perfectly cooked: meaty shiitake mushrooms, nega negi (long green onion), carrots, spinach and cabbage. The tempura could have used some salt, but perhaps not. I asked for the tempura on the side, instead of served in the broth. I shouldn’t mess with tradition. The portion was large and served piping hot. L and I both raved about the nabeyaki udon and agreed we’d come back for this dish. 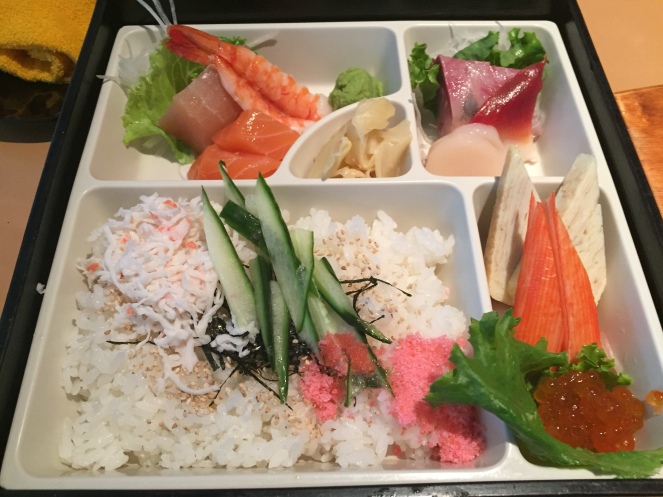 The chirashi was presented in a box. The sushi rice was cool and had that perfect balance of vinegar and sugar. One part was of the rice was decorated with crab and the other corner with a sweet, pink seasoning that reminded me of rock pops. The tamago was one of the best I’ve had in the city. The salmon was also very good – smooth and creamy in texture. I thought there was a good selection of fish in my chirashi – I counted 10 different types and 14 pieces. I could be off by one or two.

I’d like to return to try the sukiyaki and shabu-shabu. Both options are $21.99 per person. Those are two traditional dishes I haven’t tried yet, but I see all the time in Japan. I plan to bring my workmates for lunch to check out their bento box. If you are yearning for Japan, I’d recommend you check out Sushi Hiro for the nabeyaki udon. You don’t get to experience this type of old school Japanese restaurant in Calgary very often, and I imagine in time, the opportunity to do so will decrease as well.