TJ had evening plans that didn’t include me. Oh boy. Hitting the Sauce was single for the night. Lucky for me, Cascara was up for a food adventure. She received a recommendation from Good Son to check out Harajuku Gyoza Ro. For this post, let’s listen to Happy End by Kaze Wo Atsumete.

Gyoza Ro is a small bar, jam-packed with tourists. Expect to wait on average about 20 minutes. Part of the issue is that customers sit and linger inside. We went in for a leisurely meal and when we left, most customers that were there before us remained there. 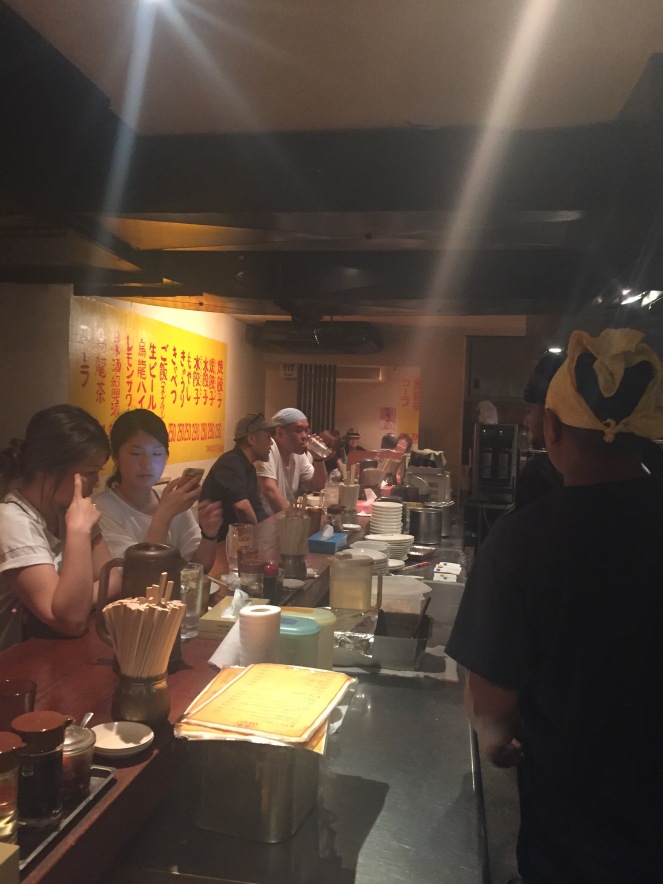 We each ordered a Lemon Sour for only 450 Yen. That’s a wicked price in Tokyo! You’d think such a cheap drink would be weak. Nope. I still got a glow on. 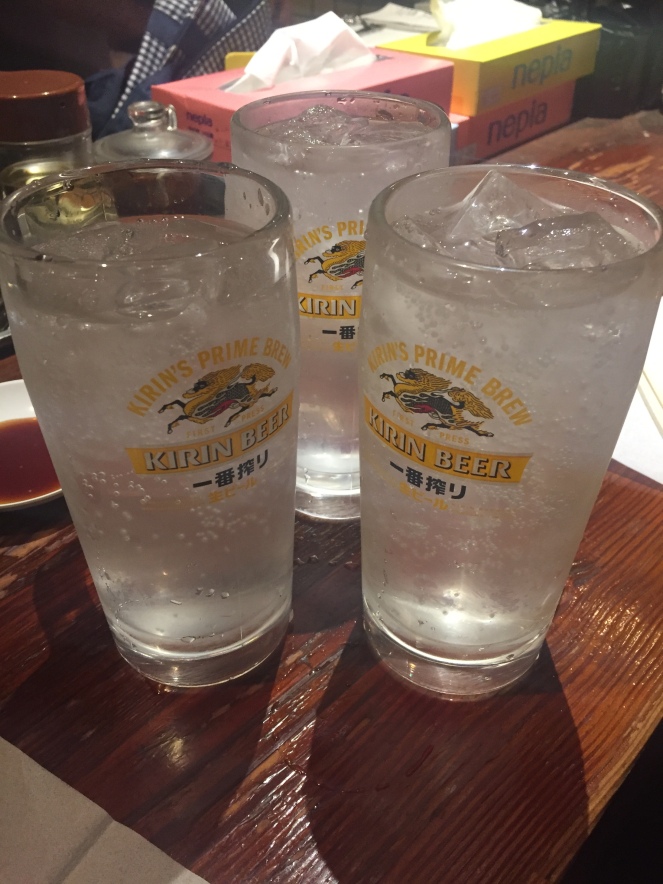 We ordered the original and garlic and leek gyoza. You get a set of six for only 290 Yen. The skin was thin, the bottom was nice and crispy. We ordered the dumplings pan-fried and some boiled. Both versions were tasty. 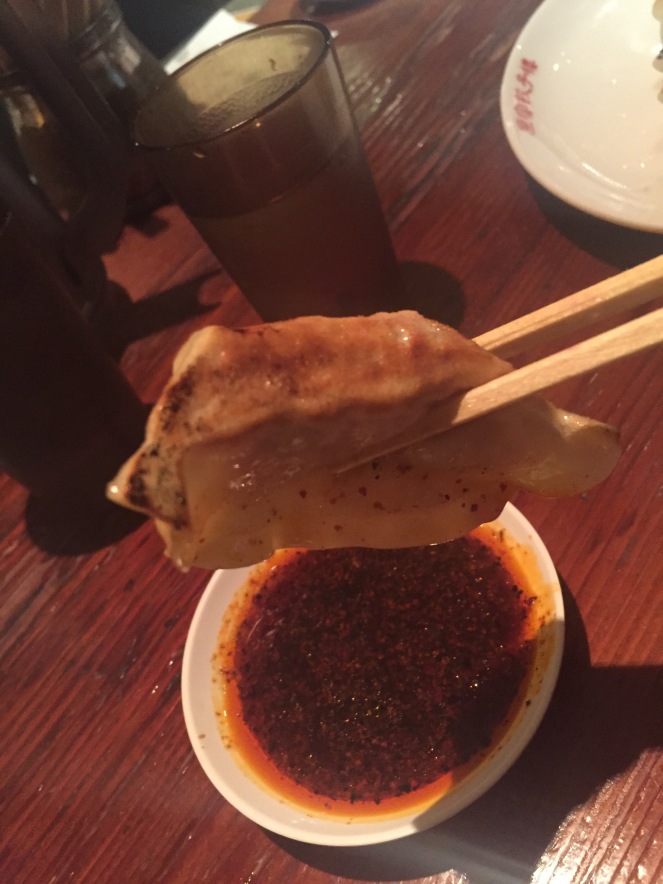 The cooks serve the dumplings fresh off the frying pan. There’s an assortment of sauces to spice things up. For three bucks a plate, I have no complaints. 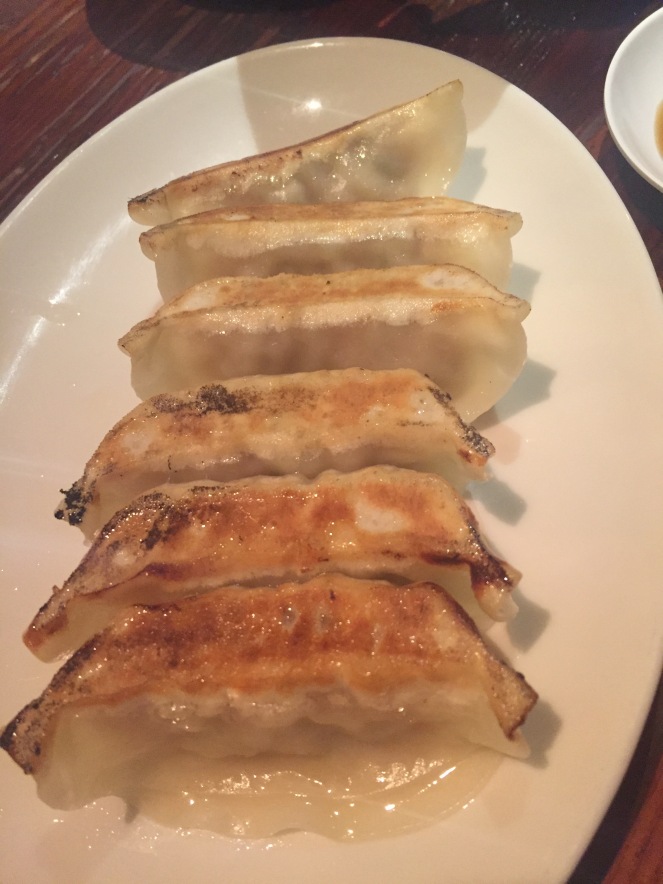 Even better than the gyozas were the cucumbers with special miso sauce (250 Yen). The miso was sweet and almost peanut buttery. The cucumbers were so fresh, it tasted like they were plucked from the garden that day. I’m use to good produce. I purchase all my vegetables from Broxburn Farm. Cascara and I ordered another plate of cucumbers because it was that good. 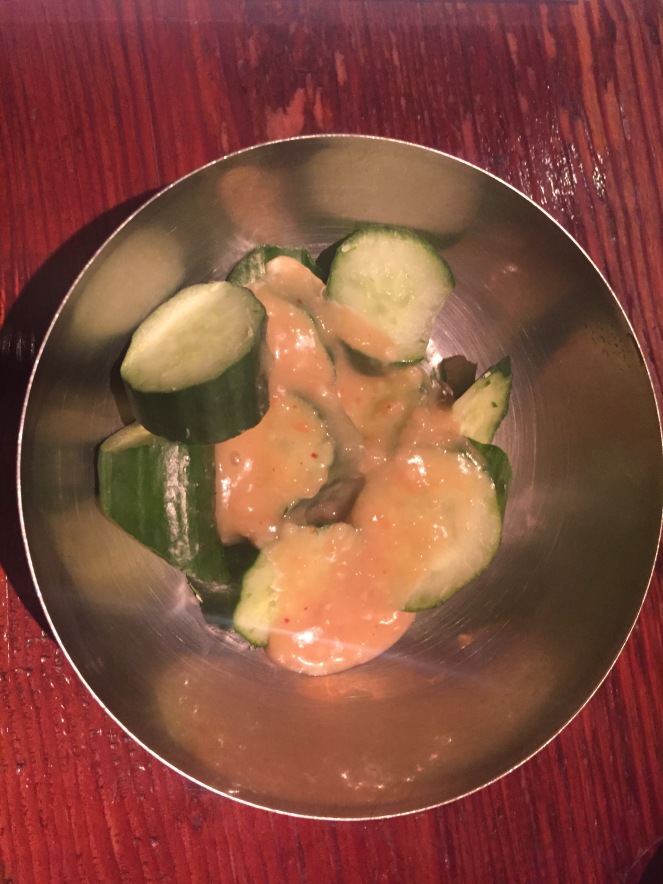 The boiled sprouts with special meat sauce (250 Yen) were meh. I would skip it. There was no flavour and it tasted like watery boiled meat with sprouts. 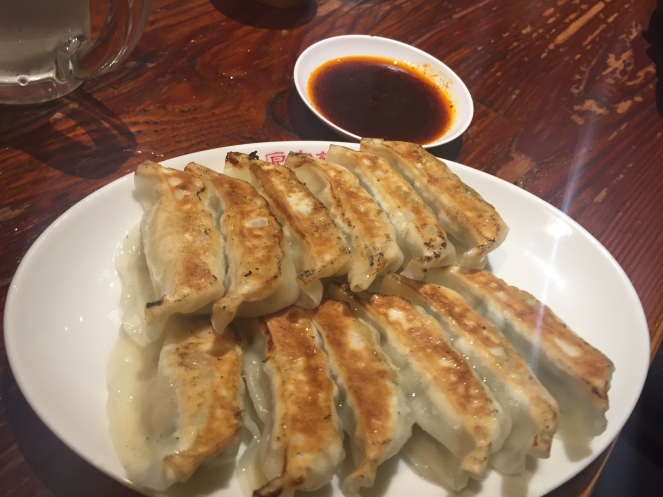 I would go again. I plan to take L if he can tolerate waiting in line for so long. Thanks Cascara and Good Son for the recommendation.