On Friday night, I hosted a dinner for Blondie and her new beau. The next morning, I felt pretty rough. I contemplated getting a bowl of pho to cure my ailment, but remembered that I organized a work event at Pure Contemporary Vietnamese Kitchen + Bar later this week. I suggested to L that we have dinner at Long’s Chinese. I thought Szechuan food would help me burn the toxins that were slowly crippling my body. For this post, let’s listen to Dani California by the Red Hot Chili Peppers.

You don’t come to Long’s for the decor or service. They don’t even play music in the background. Instead, there’s just the loud hum of what sounds like a very old refrigerator. The only reason you’d ever come here is because you want good Szechuan food but don’t want to commute to Chinatown to Han’s, Delicious Country or Great Taste.

I thought our server was just fine – she came over when I made eye contact and questioned whether I ordered the right dish. Initially, I asked for Spicy Fish ($18.99). She gave me a long look and said “Are you sure? Most people … order the boiled fish.” She was right. The boiled fish has that reddish coloured broth that I wanted. 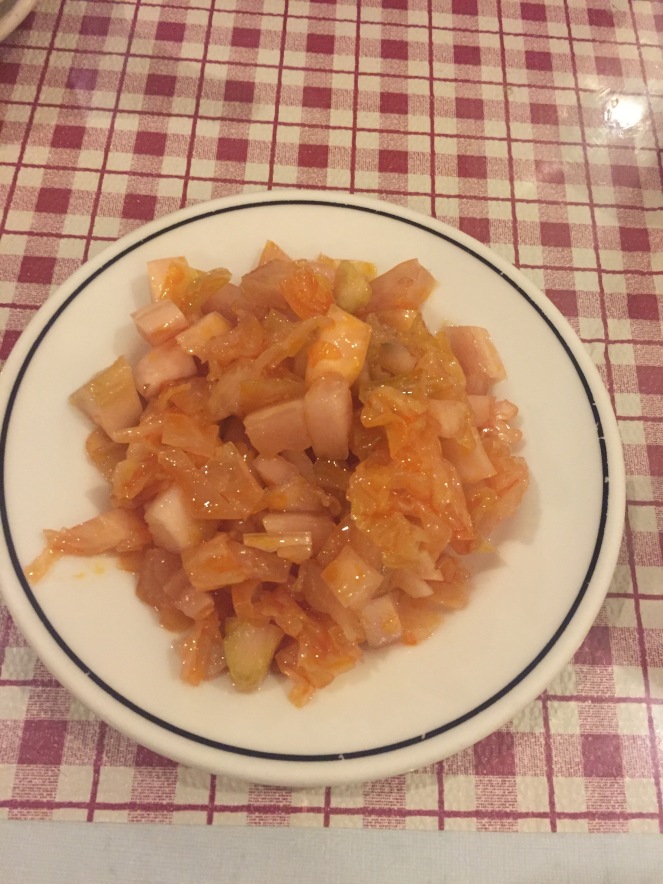 All tables receive a complimentary plate of spicy pickled vegetables, which consists of minced daikon, celery and cabbage. There was a subtle application of chili oil that gave the cold, crunchy vegetables more range than just sweet and sour notes. I enjoyed the pickles, though I would prefer more of that chili oil. The aroma was mouth-watering.

We ordered Dan Dan noodles ($8.99). You have to mix up the spaghetti noodles with the sauce on the bottom of the bowl. I loved the taste of Szechuan peppercorns – it has a unique floral taste to it. The peppercorns left a buzzing sensation on my lips. The chili oil was deep and rich, savoury, spicy and smoky. If I take my buddy Office Dad here, I’m going to ask him to ask in Mandarin if I can buy their oil. 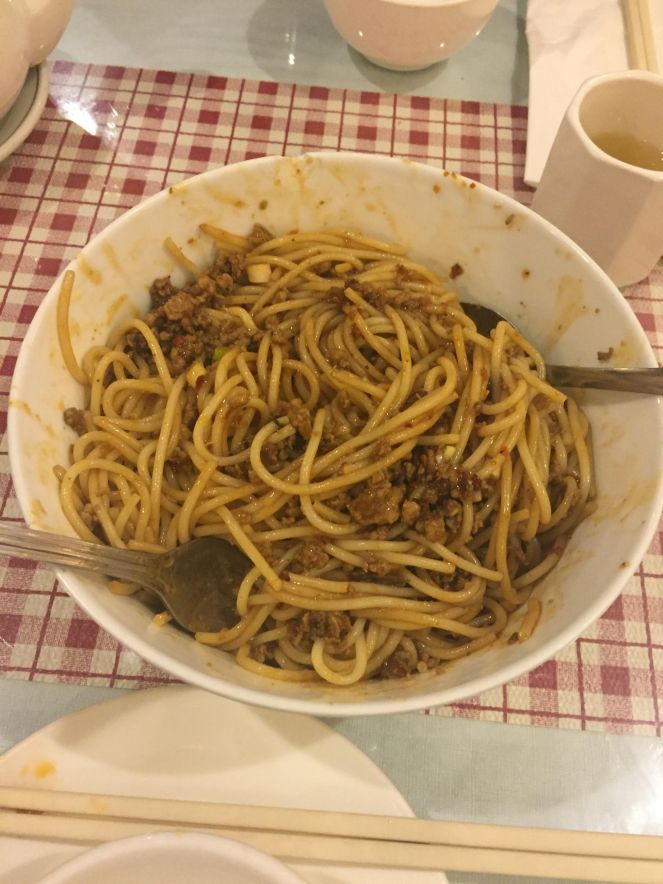 L and I shared the Boiled Fish ($18.99) with mixed vegetable and a small bowl of rice ($1) each. The soup wasn’t the bright oily red hue that New Tang Dynasty and Delicious Country in Chinatown serve, but a darker, murkier sauce. There was a ton of tender, succulent white fish. I would have preferred more spice but it was still very tasty.

I could hear all the other customers speak Mandarin. I can only understand a little Cantonese. I watched the other customers order several dishes. When they were finished their dinner, they would walk over to the counter and grabbed Styrofoam containers and pack up the leftovers. One customer even got up to refill his teapot. No one seemed too fussed or put out.

I should have packed up my own food to go. We barely made a dent in our boiled fish dish. However, when a server packed it up for us, we received half of what was in the big bowl. I’m guessing the server threw away the sauce and sprouts and just gave us the fish. Oh well, I’m sure that fish covered in oil sauce isn’t low calorie, so she was doing me a favour in the long run. The fish tasted just as good the next day. 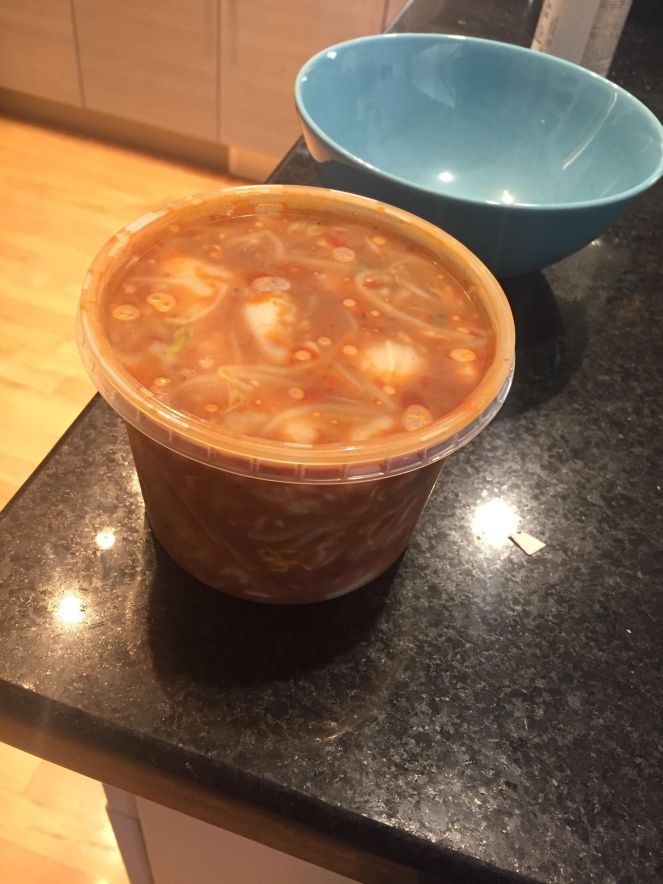 L’s friend Grohl is coming to town with his wife during Stampede. He always has a hankering for Szechuan food when he comes to Calgary, though he ordered all the wrong dishes when we ate at South Silk Restaurant in Kensington. Or I might change it up and try Szechuan Restaurant, which was highly recommended to me by fellow Yelper Bruce K. You need to check out Bruce’s reviews. I never met anyone who was so intense about Vietnamese and Szechuan food.