I’ve been meaning to try Las Canarias ever since I saw Gwendolyn Richard’s Instagram post (March 15, 2017). I knew it would take 40 minutes for the paella to cook, so I called the restaurant 20 minutes before we arrived to get the dish started. For this post, let’s listen to Siempre Me Quedara by Bebe.

Las Carnarias has a patio that’s conducive to my memories of eating in Barcelona and Madrid with Beep Beep. Sharing pitchers of sangria under the hot blue sky followed by small dishes of calamari, paella and garlic shrimp. I ordered a glass of sangria ($12) and L ordered a pint of lager ($7). His beer came in a tall frosted glass. My drink came in a huge goblet. The sangria was floral and fruity. If you don’t like sweet drinks, stick to the wine or beer. 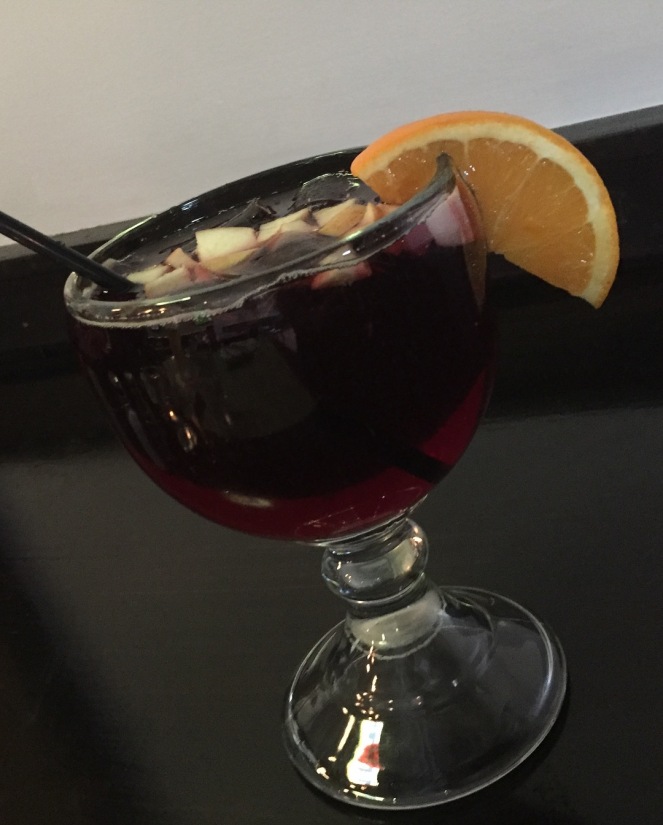 To start, we shared the Calamari ($15). The ringlets were large and tender. The exterior texture was dry and crumbly. Unlike some restaurants, this calamari wasn’t all batter. I quite liked flavour of the lemon aioli. I would order this dish again. 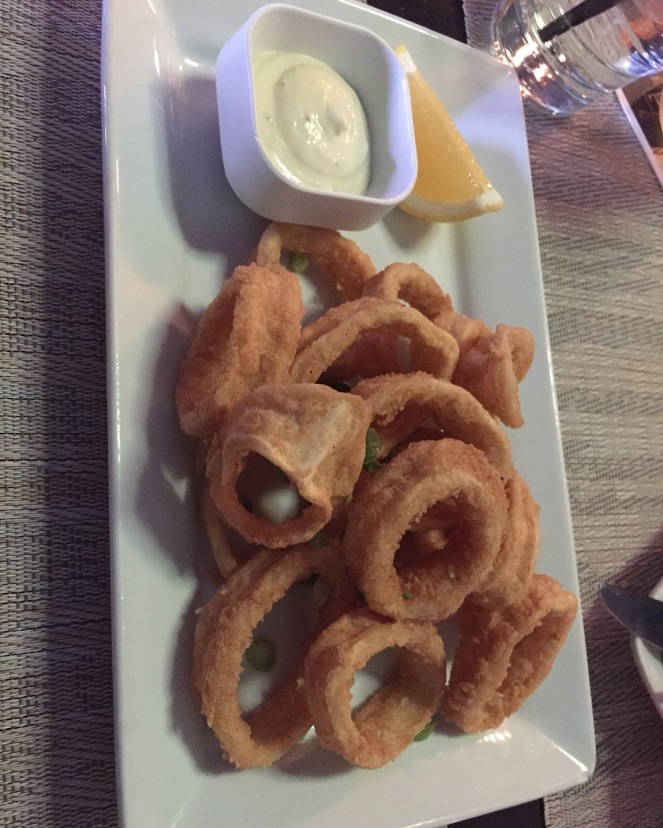 We ordered the Mixta Paella ($36) – which contained seafood, chicken and beef. The paella arrived in a big, black cast iron pan filled with langostinos, clams, mussels and shrimp. I couldn’t detect the beef or chicken but I could really taste the shellfish and fish flecked throughout the rice. Other options for paella include: daily fish special; black rice with calamari and langostinos; chicken and chorizo; rabbit, chicken, fish and seafood; and a spinach, mushroom and chickpea version. 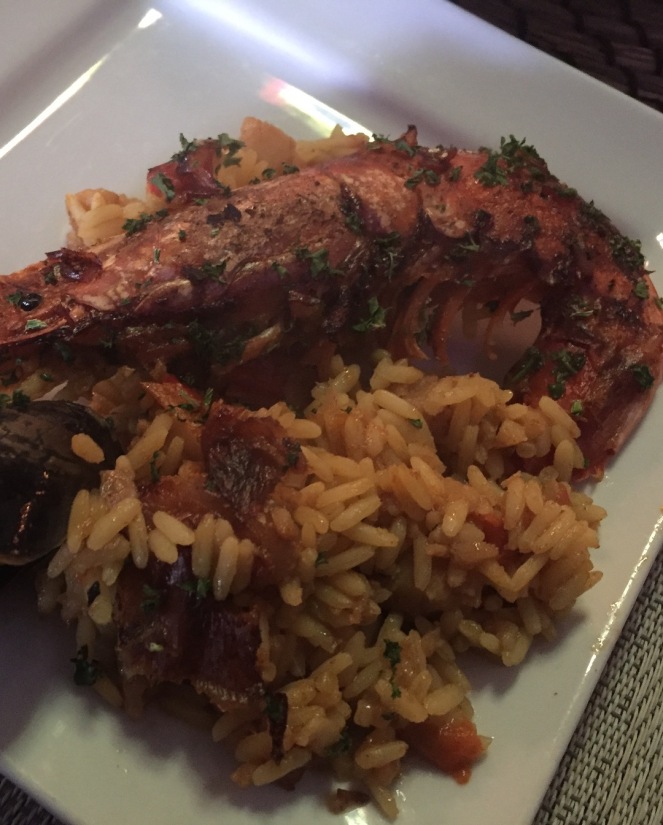 I was impressed that none of the seafood was overcooked. The rice was firm and flavourful. I particuarly liked the tangy bits of tomatoes on the baked top layer of the rice. The mussels were plump and bursting with juice. I enjoyed the process of breaking into the long shell of the langostinos to get to the meat. 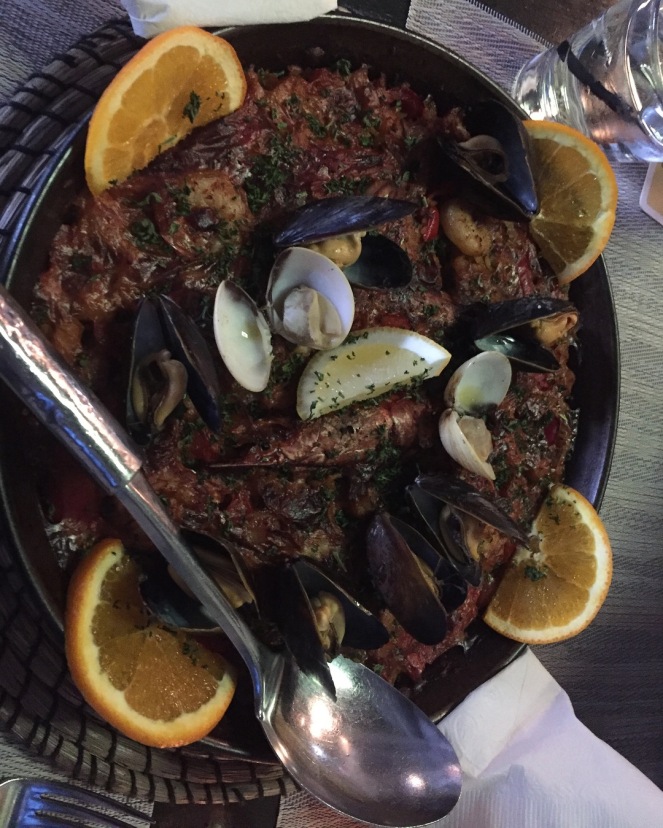 J-Thug asked me how Las Carnarias compared to Ox and Angela. I get the sense he’s quite fond of the latter restaurant. Las Carnarias isn’t fancy but it’s not trying to be. The dishes here taste like they were made from a traditional recipe that has remained unchanged over the years. I thought the food was different and refreshing from the norm in Calgary. Don’t get me wrong. I like fusion restaurants and trendy ingredients, but sometimes I just want old world cuisine. 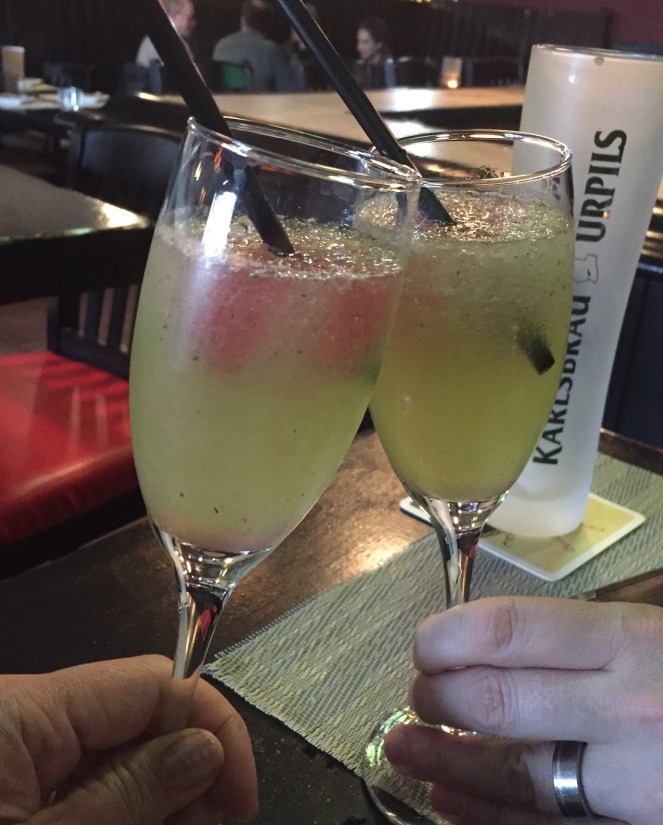 One thought on “Las Canarias Spanish Paella and Tapas Bar”