This winter weather is getting to me. Sensing my mood, L suggested we go out for dinner. I told him to pick a place. He drove past Marda Loop, Mission, Mount Royal and then pulled in front of to Paddy’s Barbecue & Brewery in Manchester Industrial Park. For this post, let’s listen to I’m Gonna Be (500 miles) by The Proclaimers.

With the heavy snowfall and the start of The Big Taste, we didn’t expect the brewery to be packed. When we entered at 6:30 p.m., there was a large private party, families with kids and people on dates. There was a lone stool available. L stood while I sat. 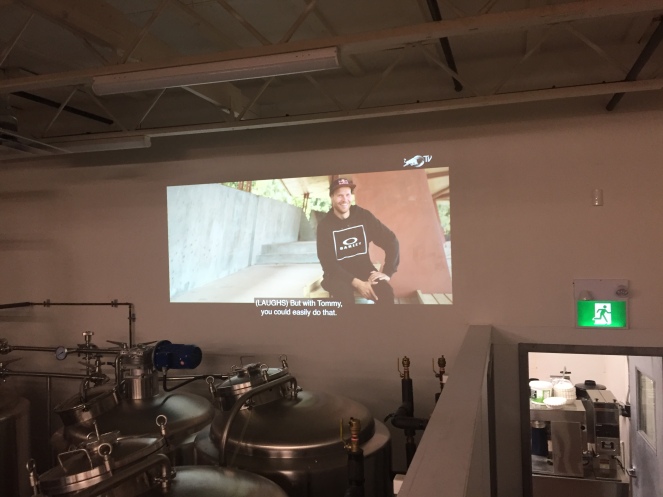 We shared a flight ($7) of beer: Alberta Smash, Stout, Azaccca Wheat, and Hopped Lager. The Cascadian was dark and bitter. I preferred the NE IPA, which was light and tasted like grapefruit. The Juniper Saison was an easy drinking floral beer. L finished the Black Lager because I found it bitter. I thought it was neat that the brew dates for each beer was shown on the black board. 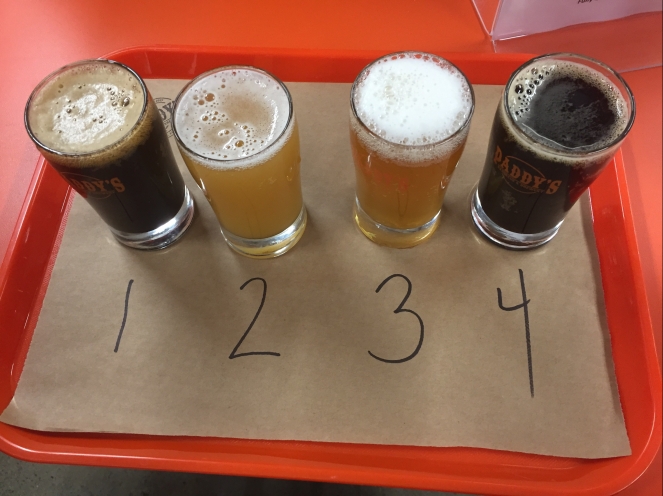 The food and drink are self-serve. You go up to the bar for the beer and the kitchen for food. There was a man working there who seem to be in charge of the brewery. He kept his eye out for a table and the second a group vacated, he brought us over to sit down.

We ordered the Half Feast ($30), which included half a pound of brisket, half a pound of ribs, a quarter of a chicken and three sides. You can pick between: kale Caesar, fries, potato salad, slaw, baked beans and cheesy mac. The food was so good I stopped tasting our second flight of beers. 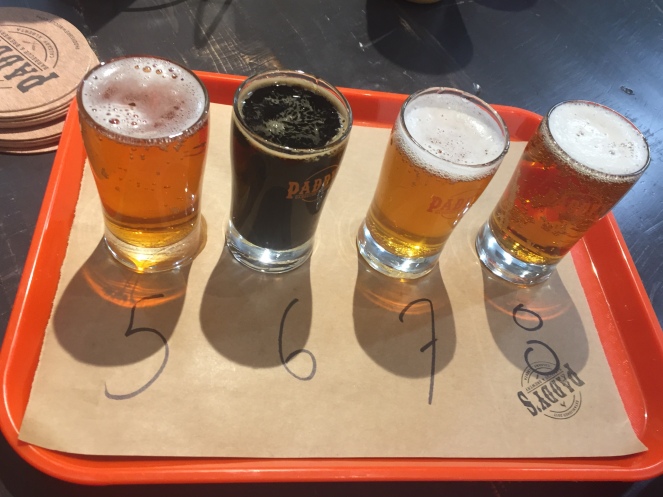 Of the three meats, the chicken was my favourite. The meat was flavourful and juicy. The ribs were tender with a hint of smoke. The brisket was moist and a good platform for the sauces. Our neighbor raved about the Peach Mango Heat. I preferred the Caroline Style BBQ because of the mustard tang. L preferred the Memphis style BBQ and the one with a hint of curry that I forgot to write down. 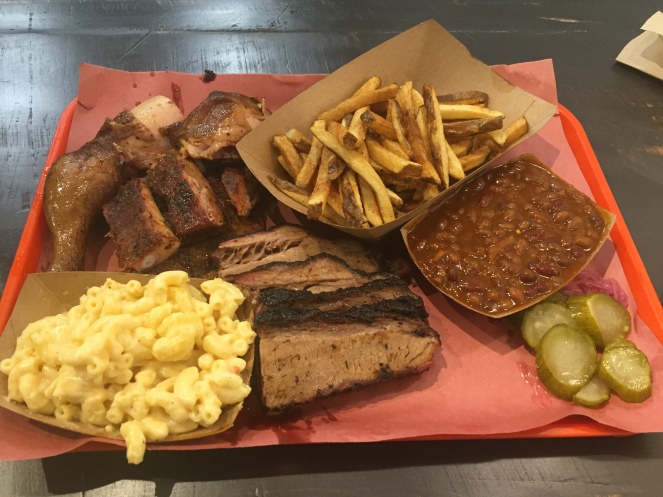 The mac and cheese was cheesy with some bite left in the noodle. The fries were the real type, not frozen, so it had that waxy, firm texture. Our neighbour’s potato salad and kale salad looked so appetizing, I want to order it next. 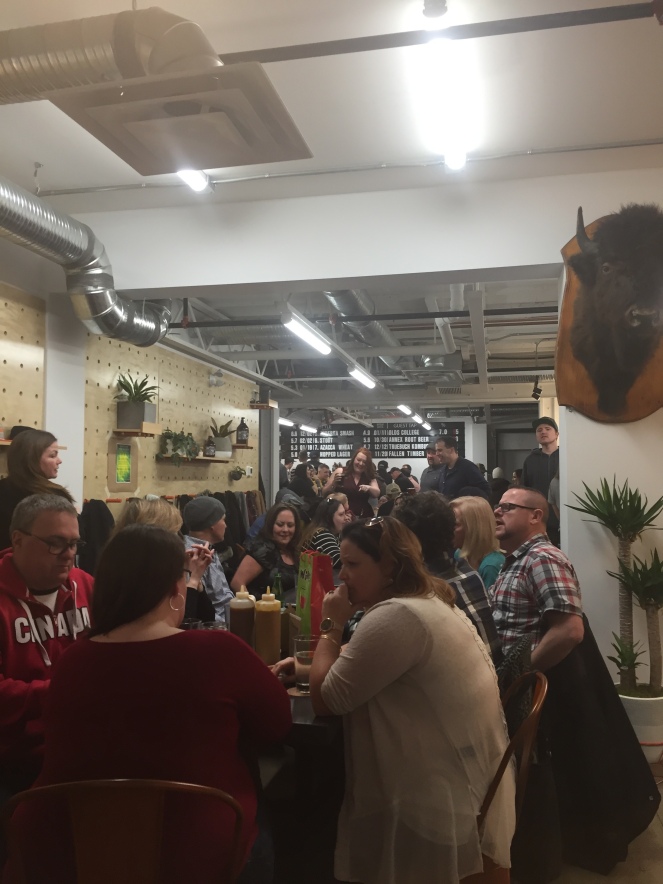 Paddy’s Barbecue & Brewery has nailed the food down. This is the sort of place you have to visit the States to find. Just good, honest BBQ at a bargain price. I hope the restaurant plans to expand, because once word gets out, it’s going to be even busier.