I wanted to check out a new Japanese grocery store called True World Foods in the NE. L was interested in going but I made sure to seal the deal by telling him there was a brewery right next door – Dandy Brewing Company. For this post, let’s listen to Broken Bells – October.

The taproom is tiny. I counted about 20 stools in the room. This would be a fun place to rent out for an event. I overheard the beerista say the company was moving into a larger location in Ramsey. 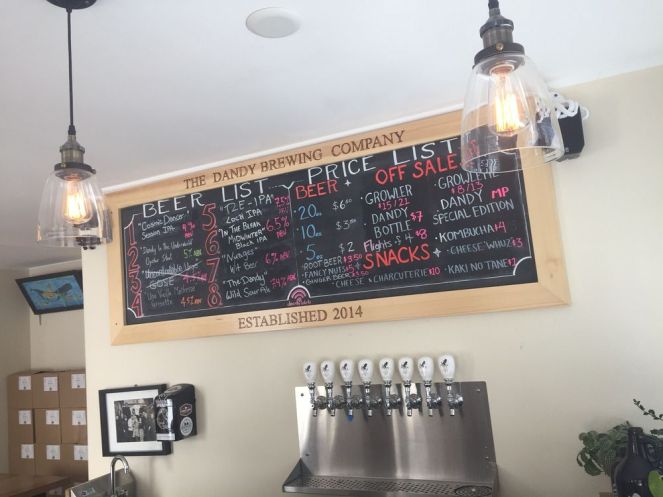 We ordered two flights ($8) so we could try everything. One beer was out of stock, so we only received seven samples. The beerista suggested that if we were sharing, to get one flight at a time so the beer would stay fresh. Fabulous idea. 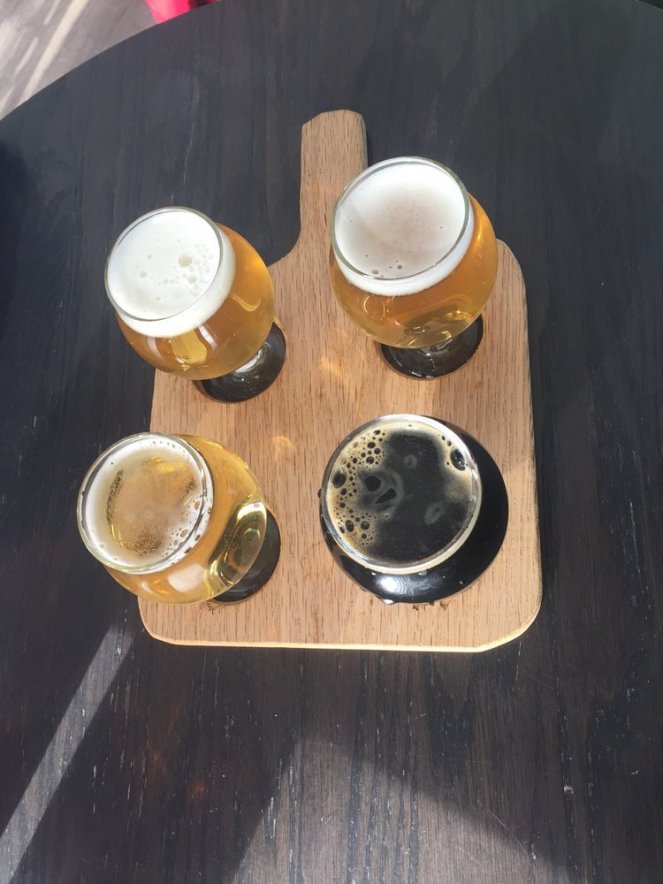 The first was Une Vieille Maitresse (4%). We were informed it was made with French saison yeast. This was a very mild tasting beer.

The Cosmic Dancer (?%) was almost grassy in flavour. I found this beer refreshing. I thought I could taste grapefruit.

Dandy in the Underworld Oyster Stout (5%) is their trademark beer. I see this beer quite often in Calgary restaurants. Next time I’m supping on oysters or seafood, I’ll order this beer to pair with my food. This stout was rich, sweet and a lot of yum.

Deadly in the Underworld (6.5%) was a black IPA. I thought this was a gentle, polished beer similar to but not as rich as the Oyster stout. 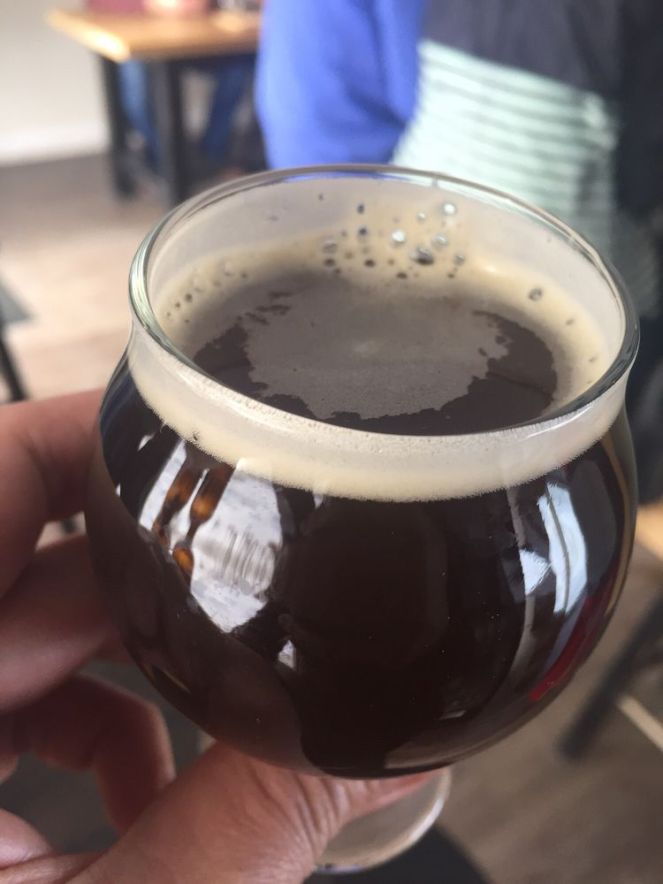 The Nuage Wit (?%) was my favourite. I found this beer bright, a touch sweet with a tiny bit of spice. Another good name for it would be Liquid Sunshine.

We were told to try the Dandy Wild Sour Ale (7.3%) as a palate cleanser. This was our least favourite because it reminded me of sour candy.

Near the end of our visit, a customer came in and asked the beerista questions about Dandy’s rotation of beers. He then lectured and provided advice on best practices for running an efficient business. Why thank you Mr. Expert. Personally, I love it when non-experts tell me what I how I should be doing things. 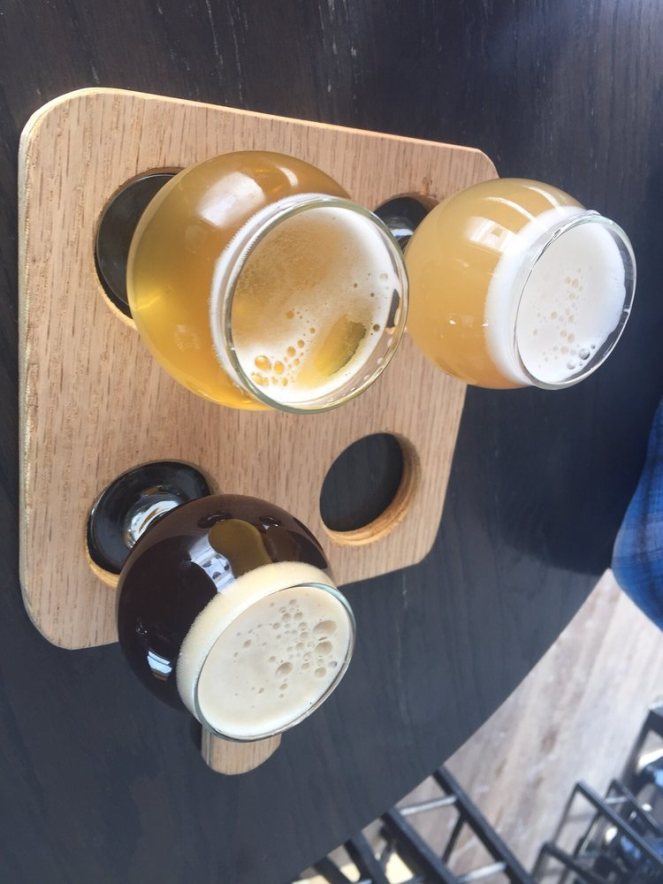 The washroom provides customers with lemongrass liquid soap from Rocky Mountain. A nice touch and much appreciated by customers who enjoy quality toiletries. We took home two growlettes ($8 each) and plan to return again soon.