It was my colleague’s Aycarama birthday on Wednesday. I wanted to book a table on a patio in the downtown core. My first choice was Charbar but I thought that there was no way I could get a table for eight. I called National and the hostess was rude and unhelpful. I contacted Cactus Club and the male hostess was snotty but a bit more helpful. Finally, I phoned Charbar and I was relieved to speak to someone who actually sounded like they wanted us to visit. The hostess told me she thought I had a good chance of getting a table if I came at 3:30pm. When I got to Charbar at 3:15 pm, the same hostess that was so lovely on the phone chatted pleasantly with us as our table was prepared upstairs. The service from there on continued to be excellent.

Charbar offers happy hour from Monday to Friday between 3:00 pm to 5:00 pm. Pints of Steam Whistle, cava, rioja, vinho verde, and cave de rasteau rosé were only $5.00. The view was free but it is probably valued at five million. 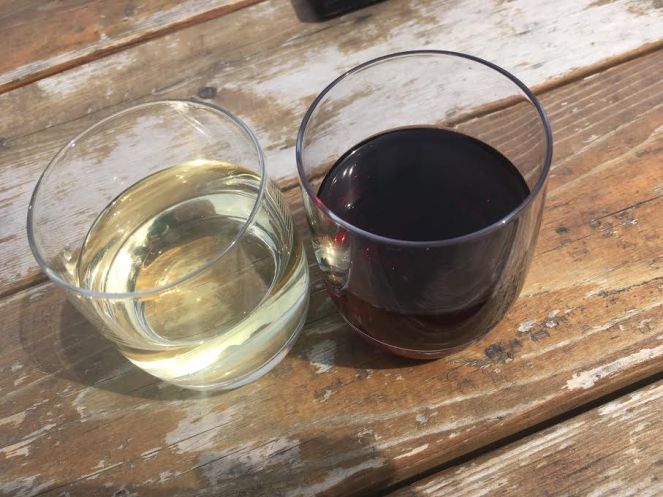 What I really liked about the happy hour menu was there was an actual selection to choose from (if you like wine). Also, those same wines can be found on the regular menu, meaning you aren’t given a cheap wine that is just served during happy hour.

I told Aycarama to try the Rooftop Burger ($16) as I think it’s one of the best I’ve eaten. Made with Alberta beef, it’s a gooey mess of provolone cheese, sauce, ripe tomato, shredded lettuce, all squished between a soft brioche bun. I tried a potato wedge and while it was good, the regular fries served at the restaurant are better. 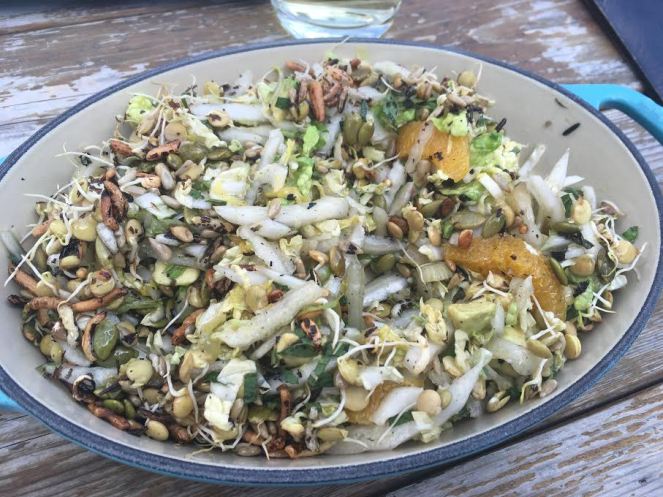 I ordered the Napa cabbage salad sprouted lentils, mixed with avocado, crunchy seeds, mint and doused in citrus ($17). I should have ordered the smaller size and added chicken, but live and learn. I like this salad for all the different textures and because the mint in it is so refreshing. For a salad, it was a delicious as it could possibly be. However, I did stare at Aycarama’s burger the entire time she ate it, which was probably uncomfortable for her. She’s also a slow eater, so I was eyeing it for a good hour. 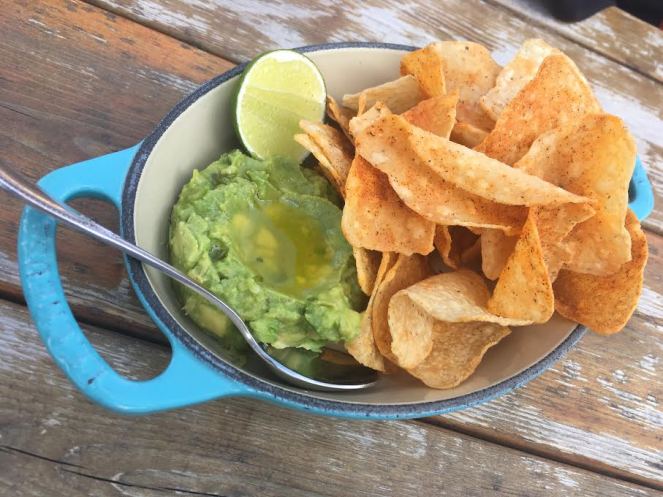 My office mates and I really enjoyed our time at Charbar. The view is stunning, the service was spectacular and the food and wine was awesome. I have to bring my husband here for date night. This place is a gem. Hitting the Sauce gives Charbar two fat thumbs up and it makes it on my list of favourite places to eat in Calgary.