My last day in Vancouver. Naomi chose Thierry so we could enjoy our breakfast in the sun. We managed to get a table by the front of the business. There was a Chow Chow dog tied up near our table. Tourists walking by assumed it was my dog (because the breed is originally from China?) and after petting it, told me my dog was a cutie. I just nodded and accepted their compliments as graciously as I could.

I love Naomi. She is one of my closest friends and her alpha female traits have served her well in life. However, when someone argues with her, she goes full on mortal combat. There was a mix-up at the counter when Naomi ordered all her pastries and at one point I was worried she’d bring out her nunchucks. Thankfully, all it took was her receipt as proof to clear up the confusion. 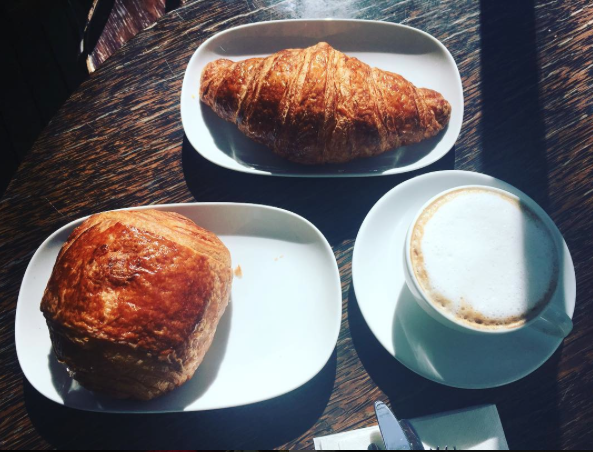 I ordered a cappuccino and a ham and cheese croissant ($4.99). I think the sweets, like the cakes and danishes are the best items to try at Thierry. My croissant was flaky and the cheese tasted like it was gruyère. The ham was thickly sliced, folded over and it tasted like it was good quality. My cappuccino was alright. The foam was nice and light, but I prefer my espresso to be stronger and heavier on the creama and less milky. I think Mercato in Calgary makes the best cappuccino. 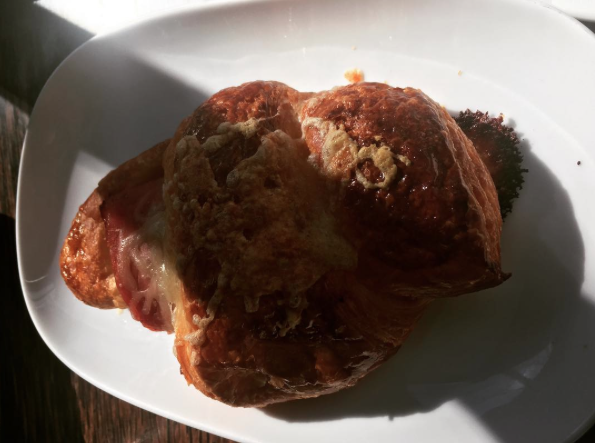 If you’re in the hood, I would make this a destination for dessert and an after dinner drink. There’s also gorgeous macarons, chocolates and treats you can purchase which make for great gifts.