I was pumped when I found out Jinya was opening up in Calgary. To date, the best bowl of ramen I ever ate was at Jinya in Kerrisdale, Vancouver. Asian Persuasion and What’s Up Hamsup and I arrived ten minutes to 11:00 a.m. The restaurant opens at 11:00 a.m., so we had to wait outside until it officially opened. 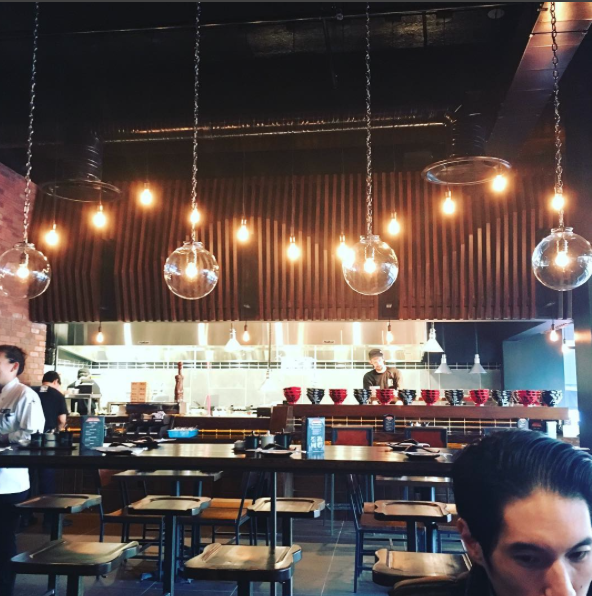 I like the interior of the restaurant. It’s a hip space. The prices are reasonable too. I did get the sense that this is not the place to sit and linger. I could feel our server’s urgency for us order and to leave after we finished our meal. If I was a customer waiting in for a table, I would absolutely support Jinya’s efficiency. We ordered a couple of appetizers before Asian Persuasion’s friend arrived.

The fried chicken ($6.00) was tasty. The batter was light and crackled on your tongue. The sour note of the ponzu sauce and the taste of the pepper seasoning was noticeable. The size of the pieces was more than decent for the price. However, best fried chicken in #yyc still goes to Shokunin. 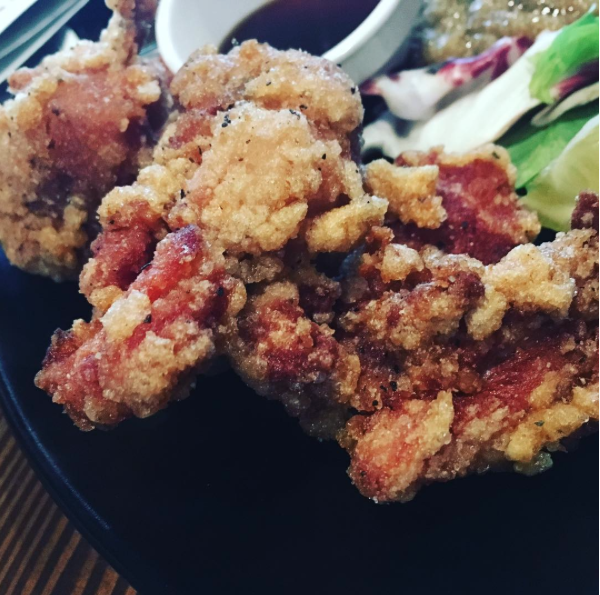 We each ordered a Jinya Bun ($4.50). The steam bun was soft like a marshmallow. The slow braised pork was tender and fatty. I liked the addition of Japanese mayo and Jinya’s special sauce. 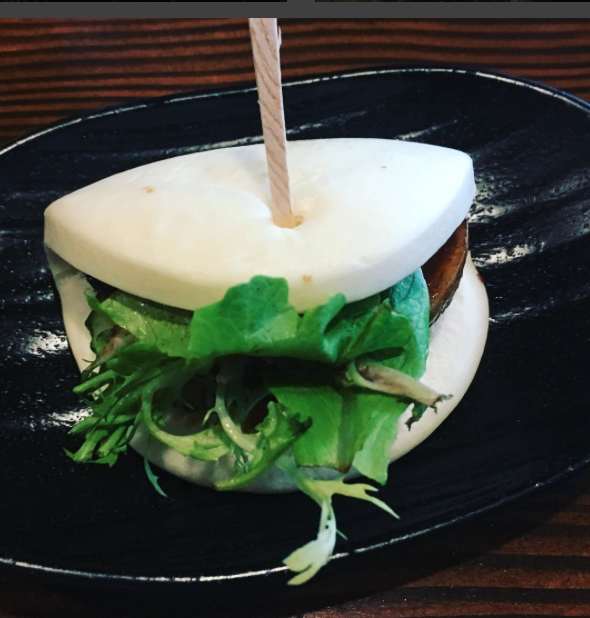 When Asian Persuasion’s best friend Son showed up, we ordered our ramen. I noticed his necklace because it was jade and a buddha. My parents also have a penchant for jade.

Son has the same birthday as me and he mentioned to Asian Persuasion that he found the perfect gift for her to buy for him.

He wanted a diamond encrusted buddha. Damn, that’s some Chinese bling! The only thing that would make that piece even flashier is if there were diamonds in his belly button and grill. 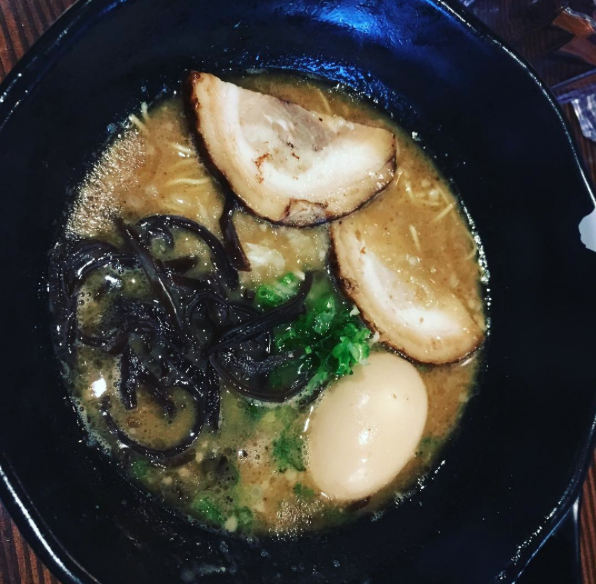 Back to the food, cuz this ain’t the shopping channel. We all ordered the same thing – the Chef’s special,  Tokyo Tonkotsu Ramen ($13.25). I was pleased how relatively quickly our bowls of came out.

Look at all these goodies! I received two fatty pieces of pork, a whole egg, green onions, kikurage and onions. The amount of ingredients in this bowl was generous and filling.

The thin noodles were firm, just the way I like it. The egg was creamy and poured out into the broth like thick lava. The pork practically melted on your tongue. The broth was thick, rich, and heavy. Too heavy, it was actually greasy. I think because the broth was served lukewarm. If the broth was hotter, the fat in the broth wouldn’t cling onto your tongue. I tried not to drink too much of the broth.

Jinya would be a fun place to check out late at night. I plan to bring L here for dinner. The prices for booze is downright cheap. $5.00 for beer (Big Rock, Village Wit, Lazy Mutt Alberta Red Ale) and red and white wine (Oyster Bay Merlot/Chardonnay).