L and I woke up not wanting a heavy breakfast. We opted for breakfast at Starbucks by the Marina. The second floor is much more tranquil  on the first floor, which is packed with tourists. The outdoor patio affords a view of El Squid Roe. L didn’t want to venture inside any of the clubs. I didn’t push him because the music blaring from each bar was too obnoxious for even me to enjoy.

My friend Asian Persuasion told me that her friends almost got shot at El Squid Roe. I asked her what happened when I return to work. She said that some of her friends look and act gangsta. I asked her to elaborate. “You know, some are Asian and Spanish with tattoos and they walk around like are like ‘Brap, brap'”. Asian Persuasion gestured her arms in a short jerky wave. I asked her what “Brap brap” meant.  She said that’s the sound of guns going off and her arm gestures were that of pumping a gun in each hand. Apparently her friends were loud and a local man gave them a dirty look and her friend said, “What the fuck you looking at man?” The guy pulled his shirt back to show a gun. Asian Persuasion screamed at her friends that they were going to get shot and they ran out to the bar next door. She has the best stories.

L and I walked over to the Marina after breakfast. Every few steps someone would try to sell us a tour, jewelry or Romeo and Juliet cigars (most likely fake). The guy would always start off by saying, “Cigars?” Then when L would shake his head, the guy would whisper, “Weed? Blow?”. I can’t believe how easy it is to get drugs in Cabo.

For lunch, we picked Los Claros. The restaurant was filled with tourists and locals. The place was very clean and the staff were friendly and efficient. We sat in the outdoor section.

On Yelp, reviewers commented on the freshness of the seafood tacos and ceviche. The ceviche was awesome, the vegetables of cucumber, tomatoes and onions were crisp and the seafood medley of shrimp and octopus was fresh and light. I would order this again. This dish cost about six bucks (CAN).

Man, there are a lot of condiments and toppings for our tacos. There was a tray full of fried onions and hot peppers too. I counted about 15 choices.

I ordered one grilled fish, one scallop and one grilled shrimp taco. The scallop taco was the most disappointing, the tiny sized scallops were rubbery. L ordered a fried fish, fried shrimp and one meat taco.  Each taco was between $2.50-$3.00 Canadian.

L and I enjoyed the food here. We planned to come again but there were so many options we didn’t end up eating anywhere twice.

After lunch L and I headed back for a siesta. Naomi and her sister wanted to meet us at the Rooftop At the Cape, Thompson Hotel. Whoot! I was game. We ended up paying 20 US to take a cab to the hotel, which I thought was a major rip off. I asked three taxis and they all quoted the same price. I found out later that my friend Naomi only paid $14 Canadian. L and I arrived at 7:00 pm and we had to sit in the lounge area because when I went to the rooftop, the hostess said we couldn’t stay there unless we had reservations for the pre New Year’s Eve party. L and I sat downstairs and waited for Naomi and her sister to show up. L drank Pacificos ($10 US) while I drank a wicked cocktail ($16 US) and some average bubbles ($10 US).

Naomi and her sister arrived and went upstairs to talk to the hostess. She told Naomi the same thing but then changed her mind and said maybe we could sit there for an hour. We came upstairs and I overheard the supervisor tell her to give us seats. The entire upstairs was dead until 9:30pm. 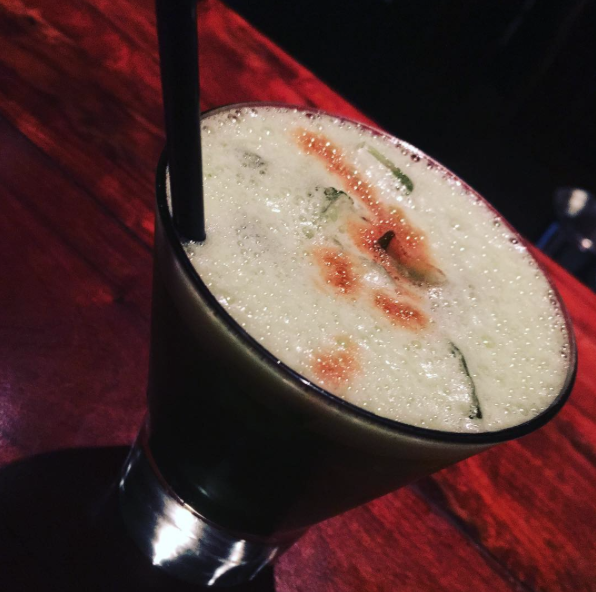 There was a band playing that L hated. He said it was soft rock at its worst. I didn’t mind – the music just blended into the background. Naomi was more impressed with the Rooftop At the Cape in Playa del Carmen than the one in Cabos. L didn’t enjoy this place so much but he doesn’t like pretentious places. I do and I enjoyed the experience. The cocktails were top-notch and the view of the sunset was gorgeous. We also saw the actor from the 70’s Show, Danny Masterson with his wife.

We wanted to get a bite to eat so we all headed back to the downtown core. Naomi insisted on treating us to dinner. I picked Da Vinci because 1) prices were reasonable 2) vegetarian friendly 3) no one would get sick 4) Naomi could get a cab easily after dinner.

We shared two pizzas (180-240 pesos), which was plenty of food for the four of us. The pizza wasn’t anything special. If you ever check this place out, pick the pastas which looked much better.  I ordered a glass of red which tasted off to me. I asked for a glass of pinot gris instead. I could tell the server didn’t think the wine was bad,  he started to protest, then stopped and walked over to the bartender to get me another glass.

Unfortunately, this was Naomi’s last night. She was already in Cabos for a week and stayed at RIU Sante Fe ($2,100 all-inclusive). Naomi mentioned she went on a tour and it was awful and a complete rip-off. She and her sister spent $100 US each to get shuttled to stores to taste tequila, watch glass being blown, and went for a short water taxi ride. She told me she bought Espada Azteca Tequila for $100 on the tour. I bet her that I could find it for cheaper. She told me to not bother and to visit her soon in Vancouver, so we could try it. 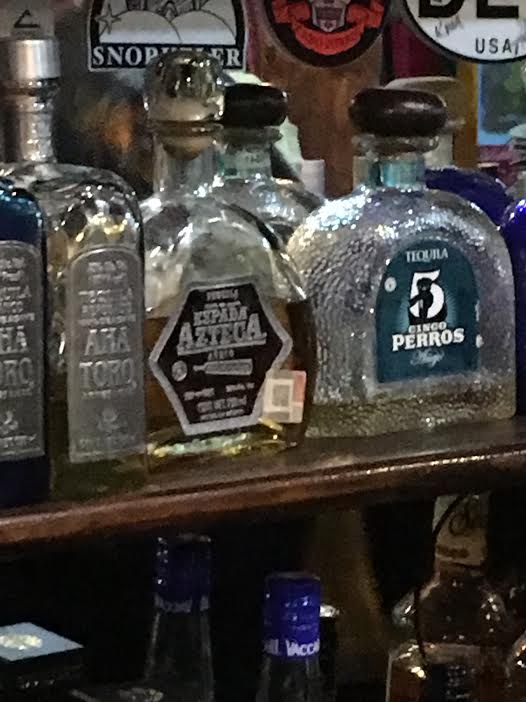 Highlights of Day Two include: Enjoying the view and killer cocktails at The Cape, hanging out with Naomi and ceviche at Los Claros.