On Friday, I planned and hosted my husband’s 40th birthday party so  I thought I deserved a night out by Saturday.  I picked Il Centro as my ex-neighbour highly recommended their pizza. I mistakenly thought Il Centro would have a quiet, romantic ambience like La Luna Rosso. Il Centro is more the sort of place you take that loud talking friend or that relative that can’t handle their wine. Il Centro is a casual, family friendly restaurant, popular with larger groups.

I have painfully good hearing. I don’t try to eavesdrop but what happens when you hear all the conversations around you? Anyway, when L and I were waiting for our table I overheard customers talking politics. One table was chatting about MLA Sandra Jansen’s floor crossing to the NDP party. Another table was talking about a city councillor (I’m pretty sure it was Evan Woolley) that was supporting Uber’s anticipated move to Calgary. However, I didn’t hear anyone talking about religion, so that was a good thing I guess.

We had reservations, but we had to wait a bit for someone to set up our table. There were only three servers that night, working frantically to bring out food. I saw a server bringing out samples of wine to three female customers waiting for a table. He looked geniunely concerned that they had to wait (for about 15 -20 minutes). 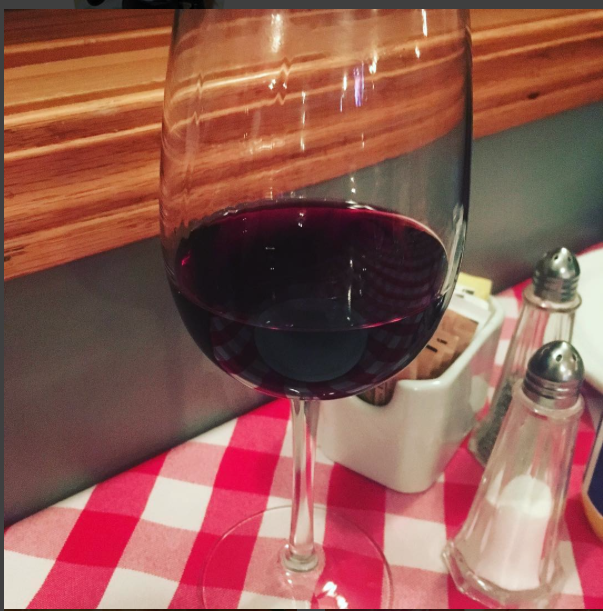 There were only two types of red wine served ($13.99). I read that the calamari (16.50) was good, so L and I started off with that as our appetizer. The ringlets were huge, but not as tender or clean tasting as La Luna Rosso’s version. La Luna’s calamari is smaller, but the squid has such a nice taste to it, almost like they soaked it in buttermilk before frying it up. The tomato sauce on Il Centro’s calamari was slightly sweet. The portion was enough for four people.

We shared a small Stuzzicinia pizza ($18.50) and the Homemade Gnocchi ($26.50) with ham and mushrooms. If you have questions about the menu, don’t expect too much patience. When we were debating the size of the pizza, the server was abrupt, just short of rolling his eyes.

L said Il Centro’s pizza was phenomenal. The crust was light, not thick or thin. All the ingredients tasted fresh. The raw tomatoes were cut thick, its juices made the pie a touch soggy. I ordered some jalapeno pepper and garlic oil ($4.50) on the side. 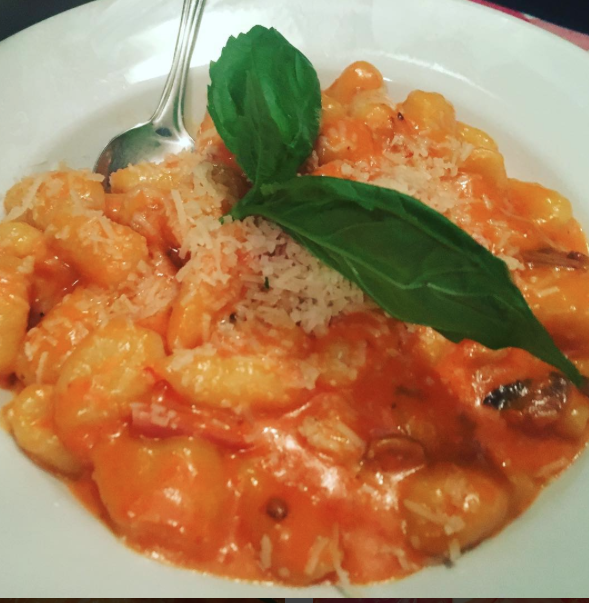 The gnocchi was my favourite. The rose sauce was creamy and sweet. The gnocchi was fluffy and soft. Everything just melted on your tongue. I thought Il Centro’s version was even better than Mercato.

This little pizza joint was very busy and obviously popular with regular customers. It’s about the same price or a little more than La Luna Rosso. I’m still on the hunt to find my favourite Italian restaurant in #yyc. If you have any suggestions, let me know.