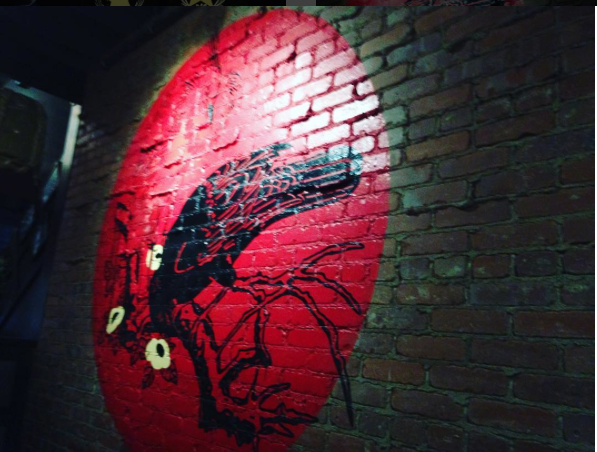 On Tuesday, L thought it was too hot to cook. That’s good news for me, as I’m the one who does most of the cooking at home. L can only cook five dishes: BBQ ribs, chicken, pork loin, sausages and steak.

L told me to pick the restaurant. I read a lot of positive reviews about Ke Charcoal Grill and Sushi on Zomato and Yelp, so I figured it was a safe enough bet. Plus, the prices looked reasonable. With this economic recession, I feel really guilty going out to eat. 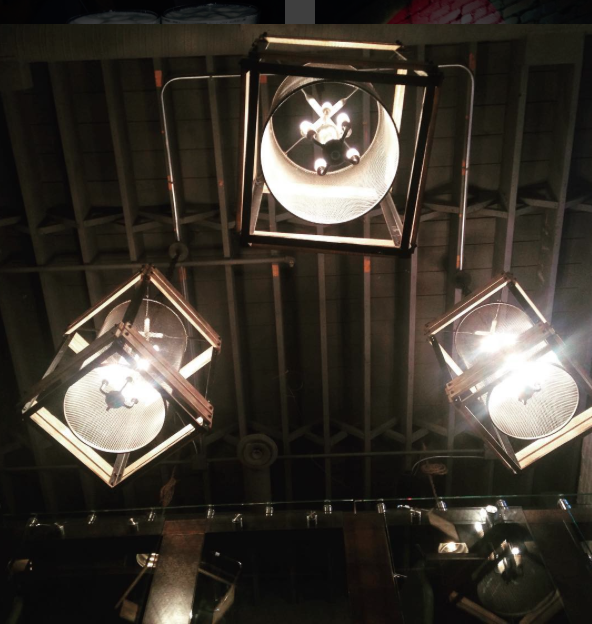 The interior is so much nicer than the exterior of the building. Ke Charcoal did a nice job remodelling the place. At 8:00 p.m., the lower floor was packed with customers. Music was vibrant but not too loud. The smells coming off the grills were tantalizing. 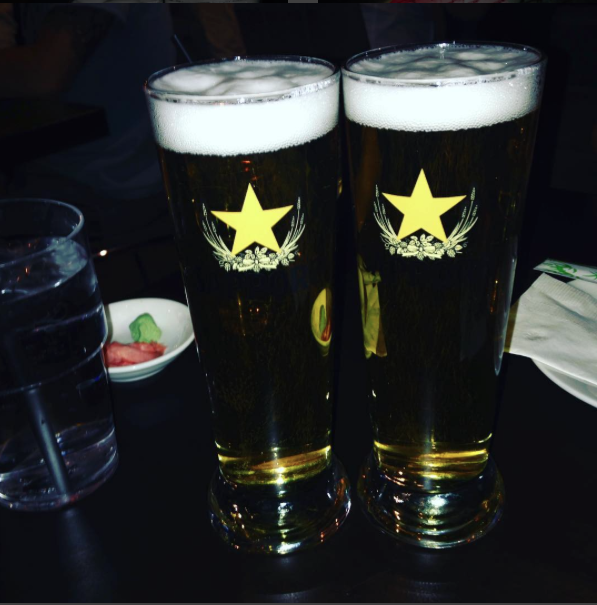 We started off with a pint of Sapporo ($5.00) and complimentary edamame. I forgot how good beer and edamame go together. Our server was so cute, she brought these over saying, “Have some snacky snacky!” 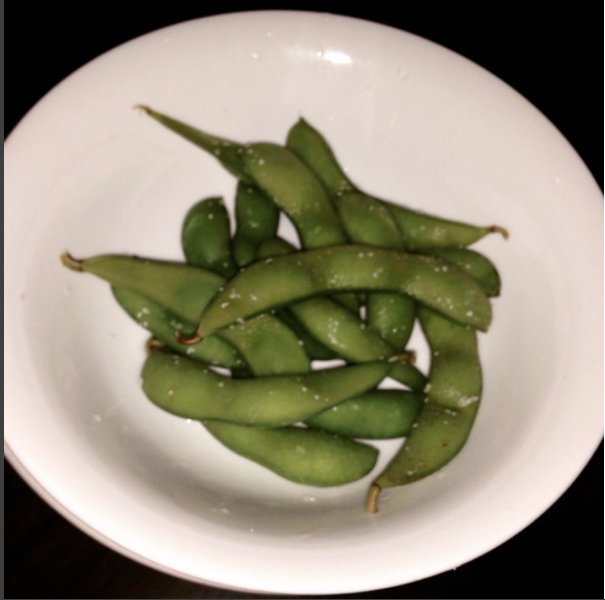 I like the open kitchen and the good vibes coming from the cooks and servers. Despite how busy it was, the chefs and servers exuded a happy to be here vibe. 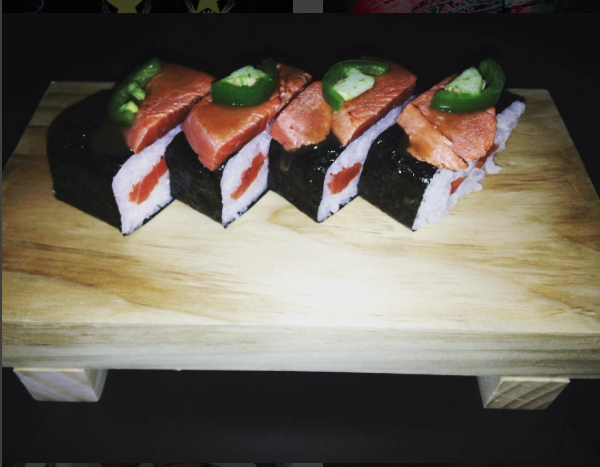 L saw the chefs using a contraption to make these the Wild Salmon Oshi Sushi ($6). L liked the simplicity of the sushi. The miso sauce was light and highlighted the salmon, rather than overpower it like so many other fusion Japanese restaurants. I didn’t really taste the sear of the sushi, but perhaps that’s just me. 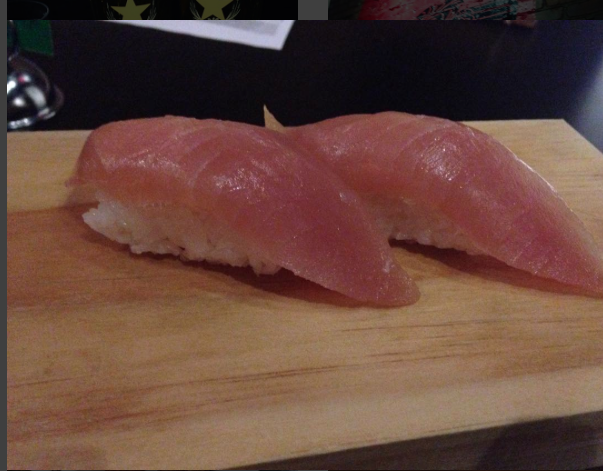 L ordered Tuna Nigiri ($3.50), which was pretty good, though the rice could have used a touch more seasoning. Again, this is a personal preference. L liked that Ke Charcoal didn’t put wasabi on the rice. I thought all the sushi was well-priced for the quality. 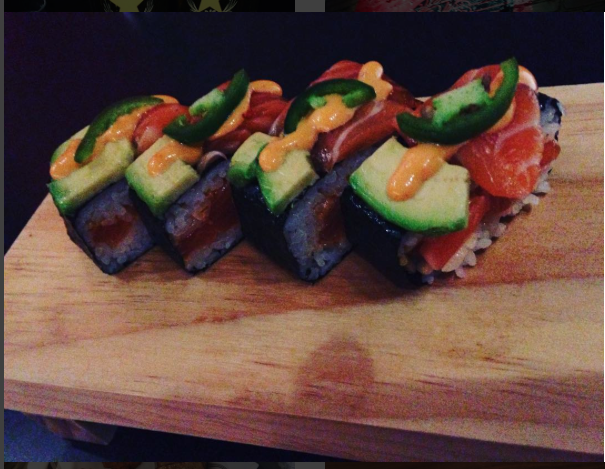 My favourite was the Spicy Salmon Oshi Sushi, with chopped salmon and spicy mayo. The salmon was firm but nicely marbled. I didn’t think the jalapeño did much for either sushi, so I just removed it. To each their own. 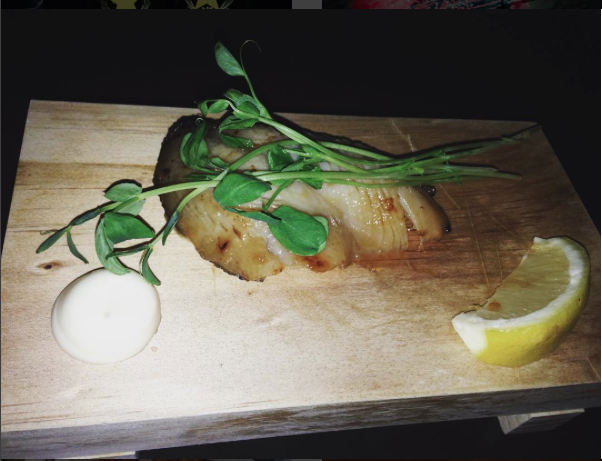 The best dish of the night was the Black Miso Cod ($10). The fish was sweet, almost candied. So flavourful, I didn’t need to use the mayo. 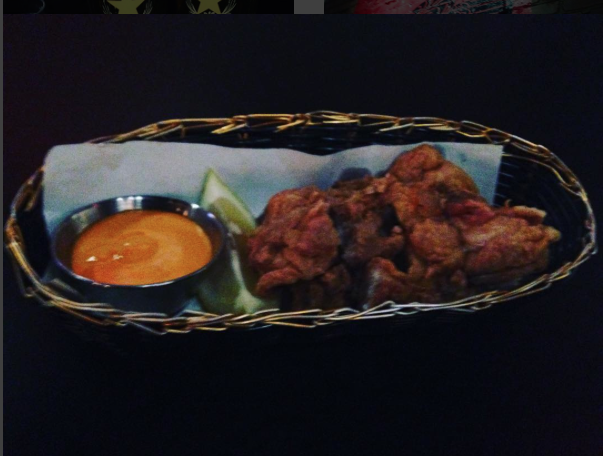 The Chicken Karaage  ($7) had a nice crunchy batter, but there wasn’t much meat. The karagge was mostly batter. I would have preferred plain mayo instead of spicy, but again, that’s just my personal taste. 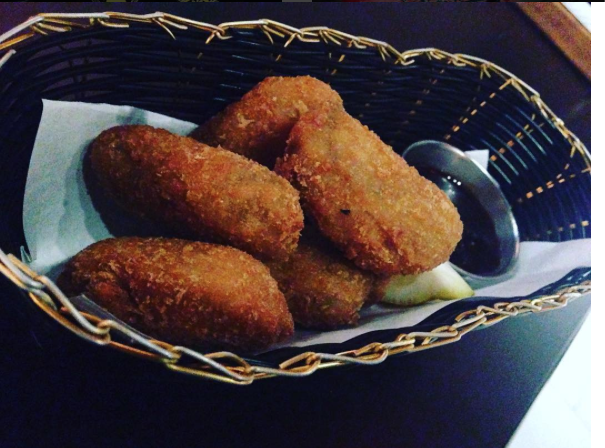 I ordered Kaki Fry ($8.00), one of my favourite things to eat. The oysters tasted fresh and were perfectly cooked. The coating was thin and crunchy, reminding me of the batter of deep-fried scallops in Japanese restaurants. The dish was suppose to come with spicy mayo sauce, but instead, it came with a heavier brown sauce. I prefer the lighter batter and ponzu sauce that Zipang uses in their version. 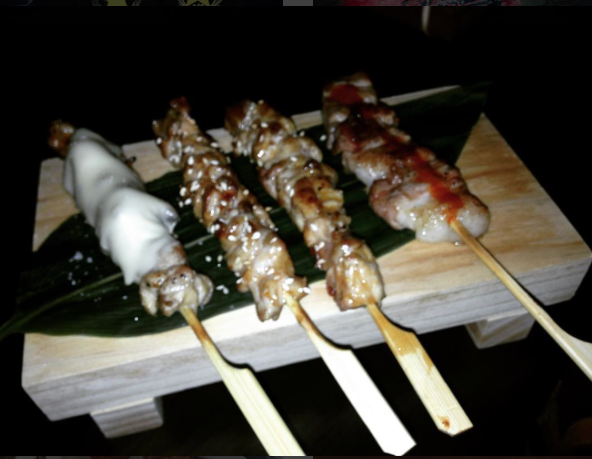 L wanted to try some meat skewers, as everyone else was ordering it.  Just over $2.00 a  stick, these were a tasty snack. My favourite was the pork belly, which was hot in temperature and fatty. L thought the  chicken yakatori was average, lacking in a distinctive charcoal taste that you find at Shokunin. 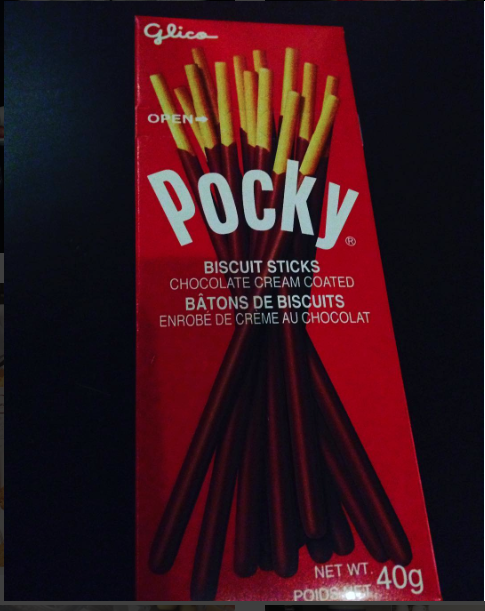 I really liked our server. She dropped off a box of Pocky and the bill. She said, “Pocky for you, and the bill for him.” Smart woman.

Overall, the food was tasty and well-priced. Without tax and tip, all those dishes and with two beers, our bill was $62.00. I enjoyed the selection of varied dishes and would happily return to try all the other dishes. This place is popular for a reason. If you haven’t already, come by and check it out.