My work buddies Office Daddy, Playboy, and Leng Lui coerced me to join them at Forbidden City for dim sum. The food was good, the company even better, though I suffered a major headache after the meal. I thought initially that the MSG got to me. In fact, I came down with an illness, which has visited most of my colleagues on the third floor. Ah, the joys of working in an office. I ended up working from home the next day.

Back to the theme of this blog… which is my food experience, not my physical well-being. The restaurant is nicer than most dim sum joints. The linen on the table was fresh and crisp. Sparkling chandeliers hung from the ceiling. Servers were easy to wave down and for the most part, were pleasant.

The first of ten dishes we ordered was BBQ Pork Pastry. The pastry was buttery and light. The filling was still warm, sweet and tangy. 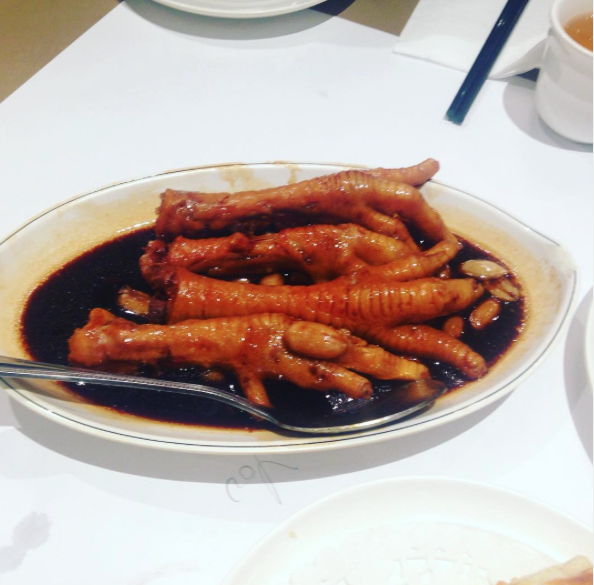 Everyone except for me ate Chicken Feet. I tried it once and didn’t like the texture of the skin. Also, these feet were particularly intimidating – big and claw-like.  Leng Lui  told me she thinks I need to try chicken feet at least three times to give it a fair try. I agree, but I “chickened out” this time.

Leng Lui ordered Deep-Fried Won Ton. The wrapper was delicate and not overcooked. The shrimp filling was a small portion. I couldn’t resist dipping the won ton in the side dish of sweet mayonnaise. 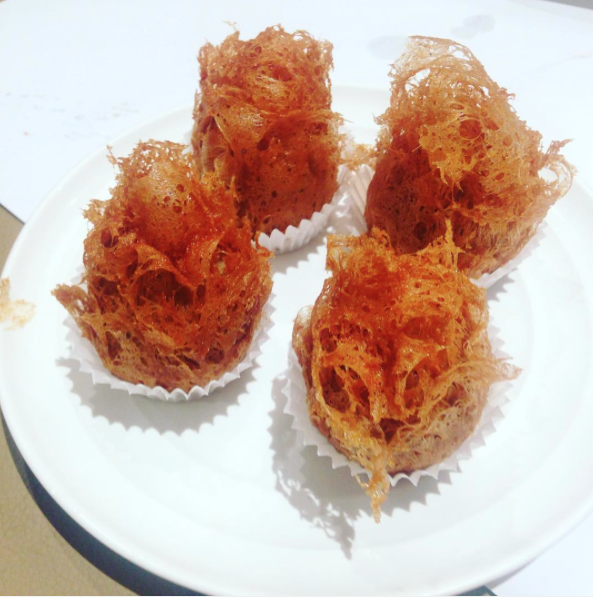 Taro with pork. This was the winning dish. The exterior was airy, the batter delicate and melted in your mouth. The taro was smooth and creamy. The pork filling was hot and saucy. 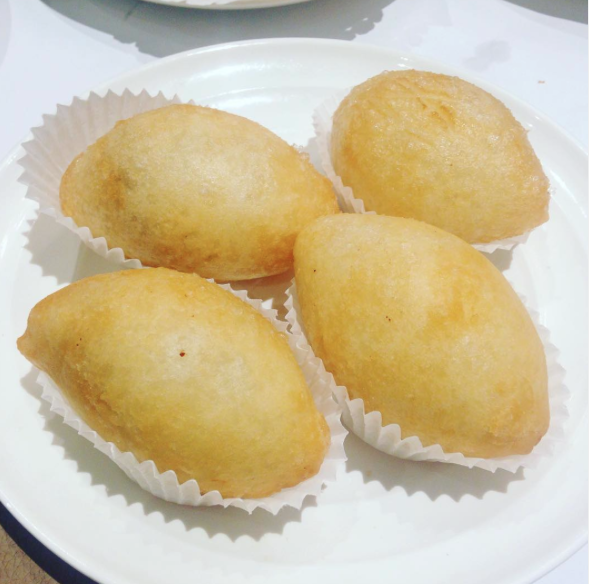 The Fried Meat Dumplings were tasty, in a greasy sort of way. The dough was thick, gummy and warm (the way it should be). The meat filling consisted of ground pork in a gravy like sauce. 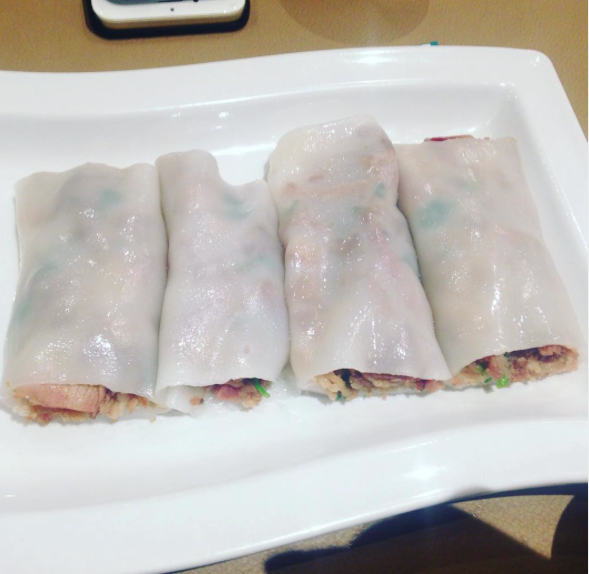 The BBQ pork crepe was my second favourite dish. I liked how much lean pork and cilantro filled the rice wrapper. I find most places don’t have the right proportion, as they skimp on the meat.

The Pork and Preserved Century Old Egg Congee was good. The soup was served in a hot black cauldron, which bubbled for a good five minutes. The texture was smooth and more fluid than the fluffy thick congee served at Lucky Place. 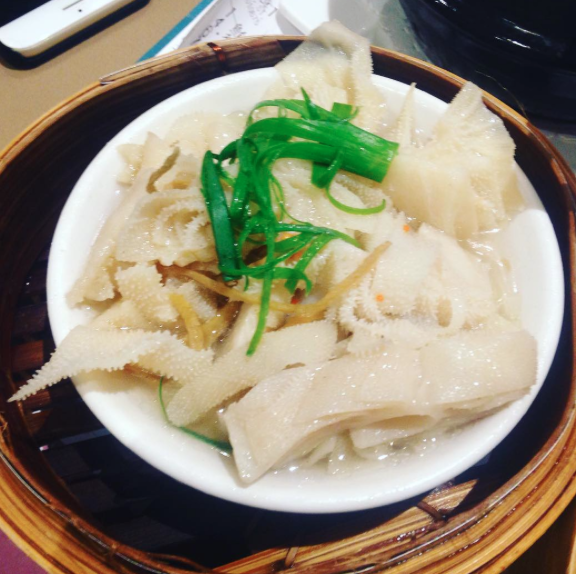 Office Daddy ordered Cow Stomach, which I have grown to like. The texture was bouncy and chewy, flavoured by a light, clear sauce.

How Gow was pretty good. The shrimp filling sweet, mixed with water chestnuts which gave it more texture. I prefer a less wet filling.

The Sui Mai was tasty too. Again, it’s a personal preference but I prefer a less wet filling. I liked how we were served five dumplings for the how gow and sui mai instead of the standard four pieces.

I agree with my friends that Forbidden City has some of the better dim sum in Calgary. I prefer Forbidden City over T.Pot China Bistro. Central Grand makes better meat buns and dumplings, but Forbidden City does a delicious taro and pork dumpling and a far better BBQ pork crepe. Also, the food at Forbidden City taste quite fresh and the service is better than T.Pot.

Thanks to my buddies for taking me out to check out Forbidden City. It’s been on my bucket list for a while, but I never usually get out into NE quadrant of the city due to limited mobility. Our next adventure? Oiishi!